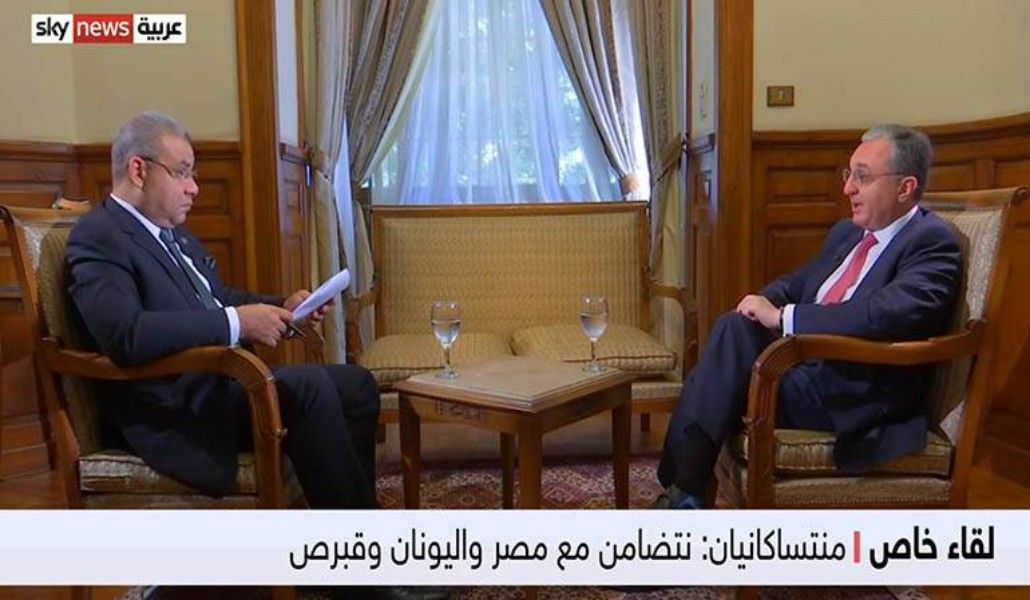 Zohrab Mnatsakanyan: You know, the Middle East, the Arab world, for Armenians, as a people, is a natural environment. We have a very long history of living together, sharing life together, sharing everything; the civilizational link between our peoples is very deeply rooted. I think we have extraordinary examples of mutual respect: respect of our cultures, civilization, religion. There is much talk in the international agenda about the dialogue of civilizations and dialogue of religions. We know it from our history, centuries long, and the traditions, which have been established are very, very strong. And in fact, the very important part of this is the life of the Armenian people in this region. In Egypt, the Armenian community had an enormous impact on forging the friendship between our states. With Egypt, we have a very interesting agenda before us. We are absolutely excited about welcoming the president of Egypt in Armenia.

Question: Your excellency, you met with Ahmed Aboul Gheit, Secretary General of the Arab League I think today. From this angle how do you see the coordination between Armenia and the Arab League, especially in a political sense?

Zorhab Mnatsakanyan: We have quite a good tradition of working with our partners within the Arab League, and I was very privileged to be received by the Secretary General. We have had very important and engaging dialogue on many issues which have affected the Middle East and in which we have established positions, established approaches, and through which also we manifest our interest and our engagement on matters, which are of importance to Armenia. We cannot be indifferent to the many developments in the Middle East, because of the reasons that I was saying before that there are very high stakes. And the relations with Arab world are extremely important for Armenia, and this is one of the important dimensions of Armenia’s foreign policy. So with this, we cannot be indifferent to this, and this dialogue is part of our very important job. And the Secretary General, I think, has been generous in exchanging many views and observations about the latest developments. Of course, there are many concerning developments, and our strong interest in stability and peace remains unshattered, and we will work with all our partners towards this.

Question: From this angle, how does Armenia see the peace agreement between the United Arab Emirates and Israel?

Zohrab Mnatsakanyan: Of course, we are following very closely those latest developments. We have a very important agenda and a relationship with UAE. We have lately opened a physical presence - embassy in Tel Aviv; we have various issues with Israel and we discuss many aspects of it. With the UAE we have an important agenda of cooperation and friendship and a very dynamic relationship, and we are of much appreciation, and value this very much. And, of course, we have our established position on the Palestinian issue, our position remains unchanged and stable, in that we support the two-state-solution, and a negotiated solution for the Palestinian issue. And here, of course, we are following with great attention. We believe that such a dialogue, such a peaceful process is the only way to address matters of high sensitivity and the long history of conflict. And we hope that such developments will contribute with all sensitivity towards interests and concerns and priorities of all the parties. We are following very closely and we are very hopeful that these new developments will be contributions to peace.

Question: You said, “our country is strong enough to defend our national security.” In front of whom?

Zohrab Mnatsakanyan: The Nagorno-Karabakh conflict, for us, the Armenians, is an issue of existential, physical security of our compatriots. It’s an issue which is rooted in very strong security consciousness and the right of the people of Nagorno-Karabakh to self-determination. The recognition of these rights is and has always been a very important priority together with a strong security environment for the people of Nagorno-Karabakh. Also that solution can be achieved only on the basis of peaceful negotiated settlement based on compromise. Compromise means hard work that takes into the account the interest of all parties and finds that important balance of the commitments between the parties that leads us to a resolution.

Any one-sided maximalist approach will not be the solution, because as I was saying this is clearly a question of existential security therefore the resolve to defend is very strong. However we are very clear that there is no military solution to this conflict. We are very concerned about the very destabilizing policies of our other neighbor- Turkey, which has been positioning itself from the position of force and aggressive rhetoric and actions. Those are demonstrated in the strong military support to Azerbaijan, the strengthening of military presence in Azerbaijan and we have also been hearing some very concerning news about the recruitment of the terrorists from certain parts of the Middle East to be transported or being already transferred to Azerbaijan. So this is not a welcomed policy, this is a projection of power, across the entire perimeter of the neighborhood of Turkey. We are concerned, we observe, we follow the developments in Eastern Mediterranean, in North Africa, in the Middle East and we see this projection of power as the manifestation of these policies. This is not a contribution to peace. It is a very destabilizing policy.

Question: Excellency, you said that Turkish behavior is affecting security in the South Caucasus, North Africa and Eastern Mediterranean. How can Turkish deeds be addressed?

Zohrab Mnatsakanyan: I think you know our policies have been based strictly on a serious work towards stability and that is achieved by way of diplomacy, dialogue, conversation, negotiation and unfortunately we have been observing the denial of such methods by Turkey. Back in 2009 Armenia has taken a very serious and difficult path, you understand a nation which is the victim of the genocide in the Ottoman Empire and which still carries that very deep scare of denied justice has been faithful to working in this direction, however these efforts have been denied by Turkey and the protocols have been denied by Turkey and the present administration and our policies have met with faul promises of negotiations.

And of course this is an effort that needs mobilization and solidarity and we are solidar with all parties. We have had the opportunity to express ourselves in our conversations here in Cairo. As far as the Eastern Mediterranean is concerned we expressed our solidarity with Egypt as we had with Greece and Cyprus. We are working in other parts to be of help in the Middle East and it is through the efforts of all the actors in the region including Turkey to work in a constructive way towards the de-escalation and negotiated solutions. And I think it concerns the entire international community in order to consolidate its power to mobilize stability.

Question: Your Excellency, you have good relations with the Iranians and recently had a negotiation with Zarif, the Foreign Minister of Iran.

Zohrab Mnatsakanyan: Yes, we are in a very extensive dialogue with Iran on many issues of global and regional agenda and of course one of the most fundamental approaches in our foreign policy whether it concerns Iran or any other of our partners is to build relations in a way which is not at the expense of the other partner. And this is a very fundamental concept. It is not an easy task.

Question: And finally, during the visit to Cairo you met the Grand Imam Ahmed El-Tayeb and the Pope of Alexandria Tawadros the Second, in your opinion how is it possible to build relations of peace and tolerance among the followers of different religions in order to make the world more peaceful and secure?

Our identity has shown us the value and the significance of respect to others’ history and understanding and care, and denying any attempts of bringing religion into politics. We see this sometimes in the context of Nagorno-Karabakh conflict when there are attempts of some extremely irresponsible politicians to try to inject the argument of religion, and to us this is preposterous because we are the nation who lives in harmony with Islam, as Christians. And Nagorno-Karabakh conflict is about anything but religion. 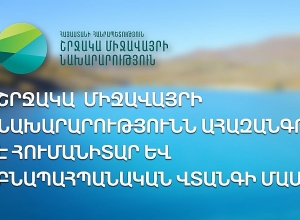 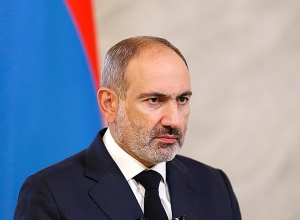 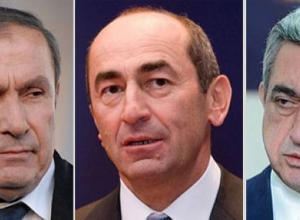 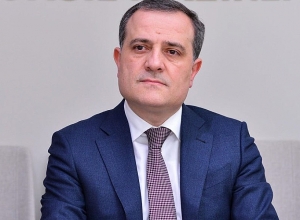