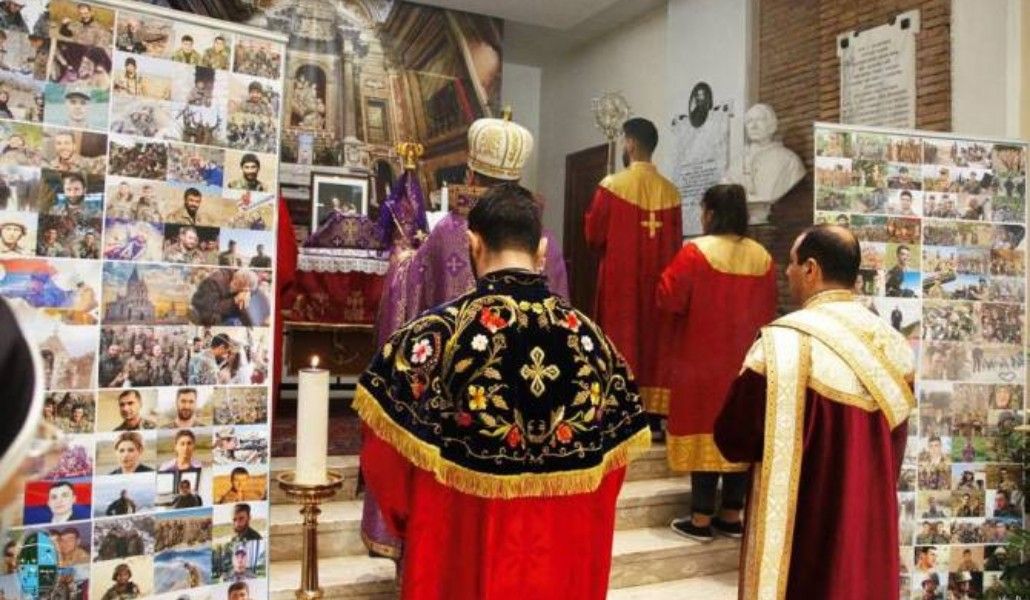 On November 22, St. Nicholas Church in Rome hosted a liturgy dedicated to the memory of the heroes killed in the Artsakh war.

With the participation of the representatives of the Armenian community, a requiem service and candle lighting for the enlightened souls of the Armenian martyrs were performed near the khachkar in the schoolyard.

RA Ambassador to the Holy See Karen Nazaryan, Armenian Catholic sisters and many Roman compatriots were present at the ceremony.