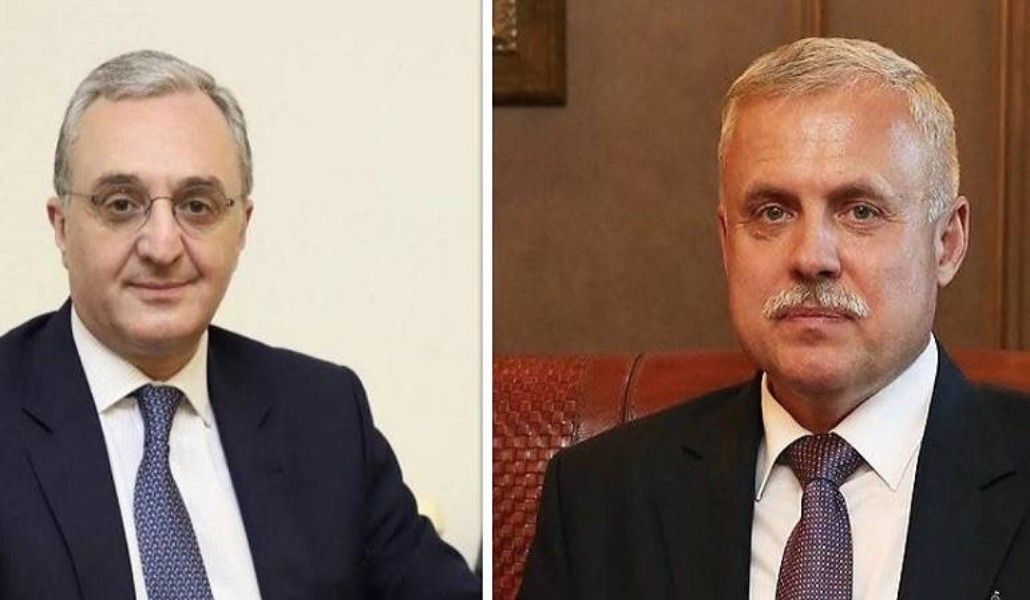 The main topic of the phone talk was the current situation in the Nagorno Karabakh conflict zone caused by the massive aggression of Azerbaijan.

FM Mnatsakanyan reaffirmed Armenia’s commitment to the implementation of the joint statement made by the foreign ministers of Armenia, Russia and Azerbaijan on October 10 on cessation of hostilities and strengthening of the ceasefire, at the same time expressing concern over the fact that the Azerbaijani side is not fulfilling its commitments and continues targeting the civilian settlements of Artsakh. The minister said Azerbaijani aggressive actions are accompanied by violations of international humanitarian norms, and highlighted the priority of ensuring the existential security of the people of Artsakh through the complete exercise and recognition of their right to livee freely and safely in their historic homeland.

The minister specifically emphasized the impermissibility of provocative encroachments of the Azerbaijani armed forces on the sovereign territory of Armenia.

The Armenian FM expressed deep concerns over Turkey’s expansionist policy on unconditionally supporting Azerbaijan by deploying international armed terrorists in the conflict zone, stating that Azerbaijan’s tendency to become a center of international terrorism is a threat for the CSTO responsibility region.

The minister added that Armenia’s political leadership is always assessing the military situation and the steps deriving from it, taking into account also the possibility of launching CSTO procedural processes.

FM Mnatsakanyan told the CSTO chief that Armenia will continue constantly informing the CSTO and its member states about the current situation and the consequences of the Azerbaijani aggression.