Dear friend and a friend of the Armenian people,

The  past  few  days  have  been  filled  with  pain  and  concern  for  all  Armenian  people.  The  Armenian nation is once again threatened, as in 1915, and forced to fight for its survival. The  population defends its positions with great courage, but the victims are numerous. I turn to you once again because you are a man and a leader who is not afraid to speak the  truth and who puts human values at  the forefront. You have proven  that  to us  throughout  your mandate. In your speeches you reminded Armenians and the world that Armenia is not  alone  in  the  face  of  its  tormentors.  You  have  courageously  denounced  the  hypocrisy  and  cynicism of Turkey and its complicity in the crimes of Baku. The use of Syrian jihadists in this  conflict once again reveals  the perversity of  these governments and represents a  terrorist  threat  that  Turkey  is  bringing  to  the  gates  of  Europe  and  Russia.  Baku  indiscriminately  targets civilians and journalists, using banned cluster ammunition, violating all standards of  international law.

Your support and that of the French people is essential to us. I call on you to act and save our  people by recognizing the Republic of Artsakh as a sovereign country protected by the same  international  law  as  its  peers,  to  economically  sanction  Azerbaijan  and  Turkey  for  their  crimes and to put pressure on the UN to bring peace to the region.

I believe in you and I hope with all my heart that our humanist and democratic values will  triumph in  the  face of  these obscene dictatorships which are only motivated by greed and  thirst for power. Armenia is a bastion of civilization that must be defended.

Co-founder and Chairman of the Board of Trustes 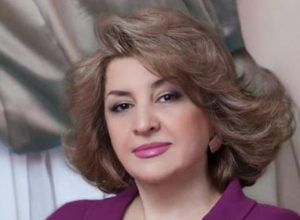