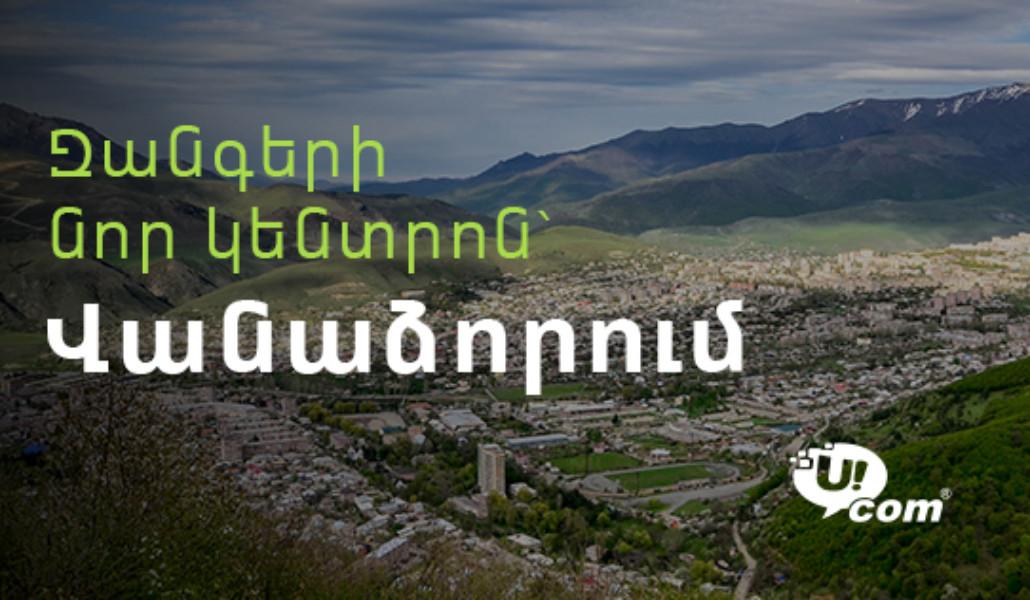 UCOM TO OPERATE A NEW CALL CENTER IN VANADZOR

As of February Ucom plans to establish a new call center in Vanadzor, thanks to which about 20 vacancies will be created in the city during the current year. Until today, 100 residents of Vanadzor, aged 22-25, have applied for the position for the call center operator. Among the applicants there are lawyers, psychologists, economists, linguists, as well as pedagogues.

“When making a decision, it was clear to us that a new call center should be opened in one of the regions. Moreover, we have tried to contribute to the development of the labor market in the regions by offering completely equal working conditions to the Yerevan Call Center. It should be noted, that the Vanadzor applicants are not inferior to the Yerevan applicants in terms of education and professional skills. I am sure that they will make a special contribution to the process of improving the quality of Ucom's service and, of course, they will take it to "դբա լավը" level (which in Lori dialect means "for the better" – edited) “, told Sophie Bondarenko, Acting Director of Customer Service at Ucom.

The applicants who have passed the interview stage are currently taking in-depth training for a call center employee, studying all the fixed and mobile services provided by the company, the necessary work programs, and so on.

One of the participants, 23-year-old Martin Martirosyan, a graduate of Yerevan State University's Service Department, said that Ucom first attracted him with its Level Up packages, Mediaroom mobile TV app, and its working style in general: “I have always been interested in Ucom, its services and, when I came across the announcement about the opening of a new call center in Vanadzor, I immediately applied. As an inhabitant of Vanadzor, I prefer to work in my hometown”.

Another participant, 22-year-old psychologist Ani Khachatryan, decided to apply for this job, as she has always been interested in communicating with the customers, as well as resolving various conflict situations. She said, that she has always observed the work style at Ucom and, in her words, is well aware of the "friendly working atmosphere" in the Company: "The fact that the call center will operate in Vanadzor is very encouraging, because until now we could find such a job only in Yerevan, now Ucom gives us, the residents of Vanadzor, a great opportunity to have a favorite job in our city."