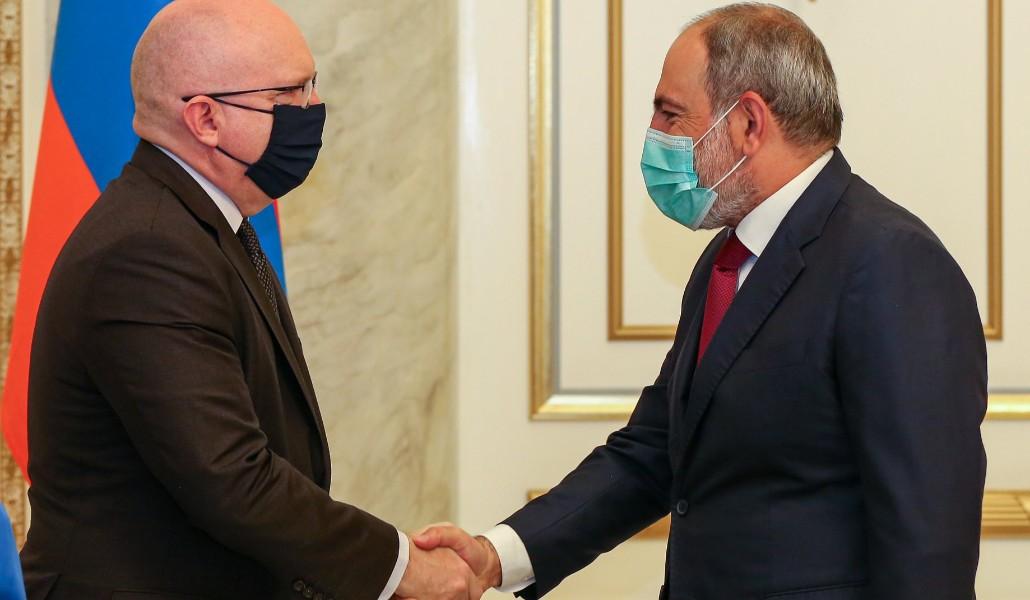 The United States is committed to strengthening our partnership with Armenia based on shared democratic values.
Acting Assistant Secretary for European and Eurasian Affairs Philip Reeker underscored this message in his June 9-10 meetings with Acting Prime Minister Nikol Pashinyan, Acting Minister of Justice Rustam Badasyan, and senior officials from the Ministry of Foreign Affairs.
Acting Assistant Secretary Reeker commended Armenia for its progress on critical reforms, including in the justice sector, and encouraged Armenia to stay the course of reform and fight against corruption, in line with the aspirations of the Armenian people. He stressed the importance of holding elections with respect for fundamental freedoms, meeting or exceeding the standard Armenia set in 2018.
Acting Assistant Secretary Reeker reiterated the commitment of the United States, as an OSCE Minsk Group Co-Chair, to engaging towards a peaceful negotiated settlement to the Nagorno-Karabakh conflict and continuing to press for the return of Armenian prisoners of war and detainees.