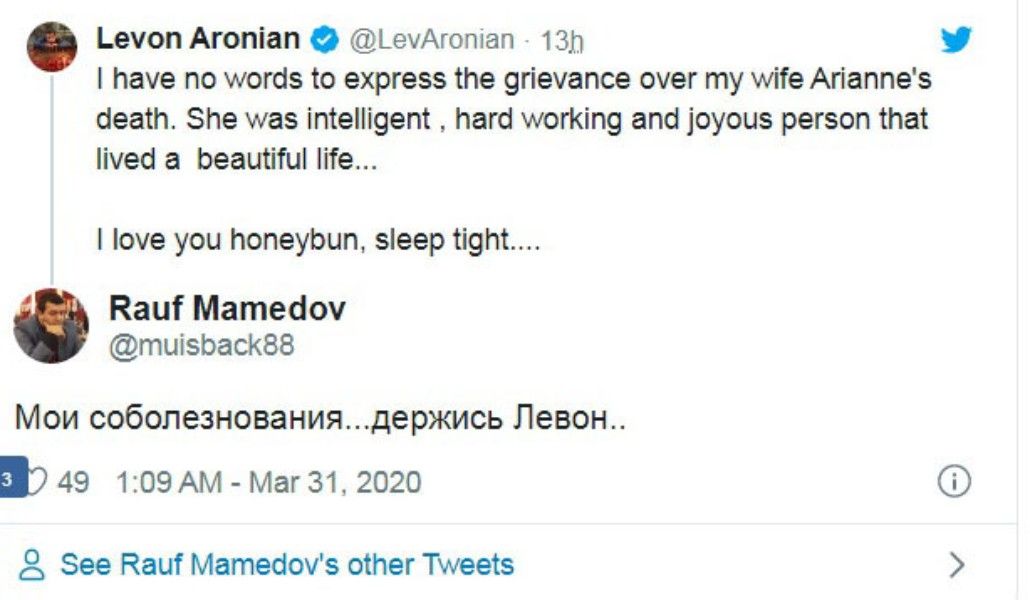 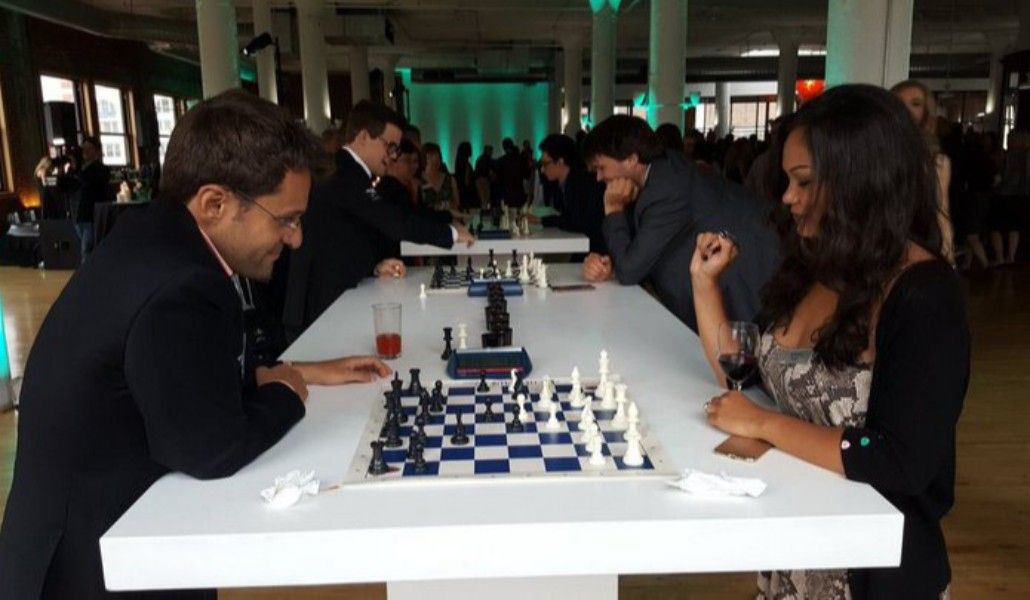 Chess community is shocked by Levon Aronyan's wife's, Arianne Caoili's death. There are many sympathy letters from many chess players to our strongest grandmaster.

"No one knows how long we will live in this world, but this news is very grievous and sad," the American chess player, Hikaru Nakamura sympathized Levon Aronyan first in his Twitter account. "My deep sympathy to Levon and to all the people whose life has been lightened by Arianne," Garry Kasparov wrote.