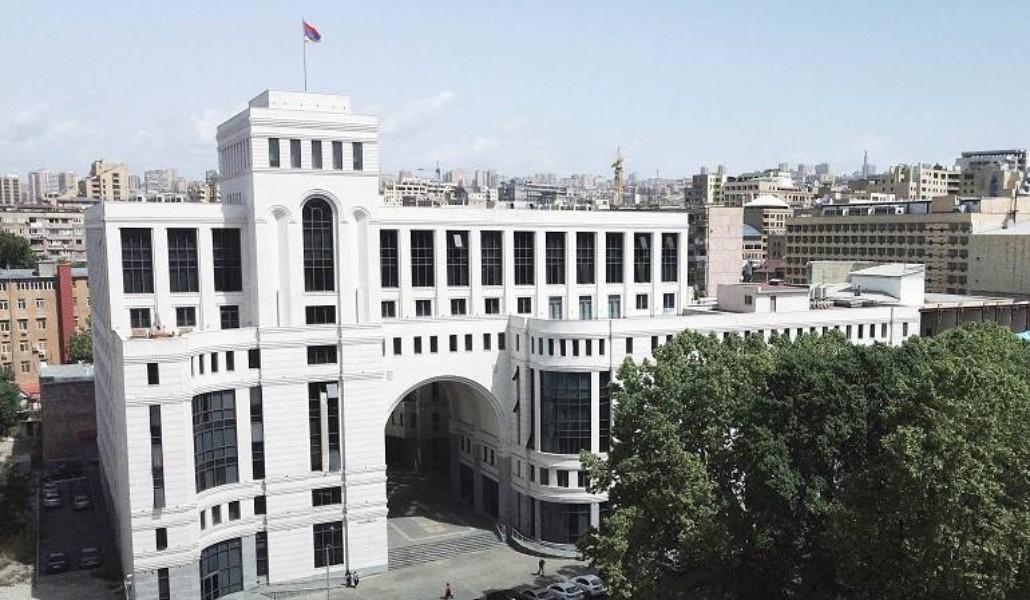 Statement by the Ministry of Foreign Affairs of Armenia

Armenia resolutely deplores deliberate steps by Azerbaijan in the past three days to increase tension, which manifest in dissemination of false information about its own casualties, direct calls for physical threats to the leadership of Armenia, publicly voiced by representatives of the ruling party in Azerbaijan’s parliament, and significant increase in ceasefire violations, which resulted today in a killing of private Sipan Melkonyan of the Defence Army of Nagorno-Karabakh. Azerbaijan’s recent actions take place against the background of the appeal of 30 May from the OSCE Minsk Group Co-Chairs to exercise maximum restraint to avoid escalation.

These latest developments defy the efforts of Armenia and Nagorno-Karabakh, under the auspices of the OSCE Minsk Group Co-Chairs to take constructive efforts towards the peaceful resolution of the conflict, to establish a conducive environment to this end, and represent a serious setback for all the efforts taken over the past months. Azerbaijan violates its own commitments undertaken in the latest Joint Statements in Milano (December, 2018), in Vienna (March, 2019) and in Moscow (April, 2019).

The deplorable actions of Azerbaijan, if not urgently addressed, may represent a serious obstacle to next steps in the settlement process. They also question the credibility of Azerbaijan and their capacity to remain faithful to commitments, as agreed in Dushanbe in September 2018 and reaffirmed in Vienna in March 2019, to observe and strengthen the ceasefire. Armenia strongly urges Azerbaijan to demonstrate genuine political will expressed in concrete and effective measures to observe the ceasefire. Azerbaijan will bear full responsibility for the risks of further escalation.

Azerbaijan’s latest confrontational and dangerous actions prompt their past violence, atrocities and attempts to aggression and stand proof of the existential physical security risks to the people of Nagorno-Karabakh.

Armenia reiterates that there is no alternative to the peaceful resolution of the conflict, for which strict observance of the ceasefire is an essential condition. Under no circumstances the security of Nagorno-Karabakh and its people will be compromised.

The latest incident underlines the urgency to finalize in the shortest possible time an OSCE investigative mechanism of ceasefire violations and to expand the Office of the Personal Representative of the OSCE Chairperson in Office, in accordance with the commitment taken by Azerbaijan in Vienna and St. Petersburg in 2016.

The Ministry of Foreign Affairs of Armenia expresses its profound and most sincere condolences to the family and friends of private Sipan Melkonyan of the Defence Army of Nagorno-Karabakh.