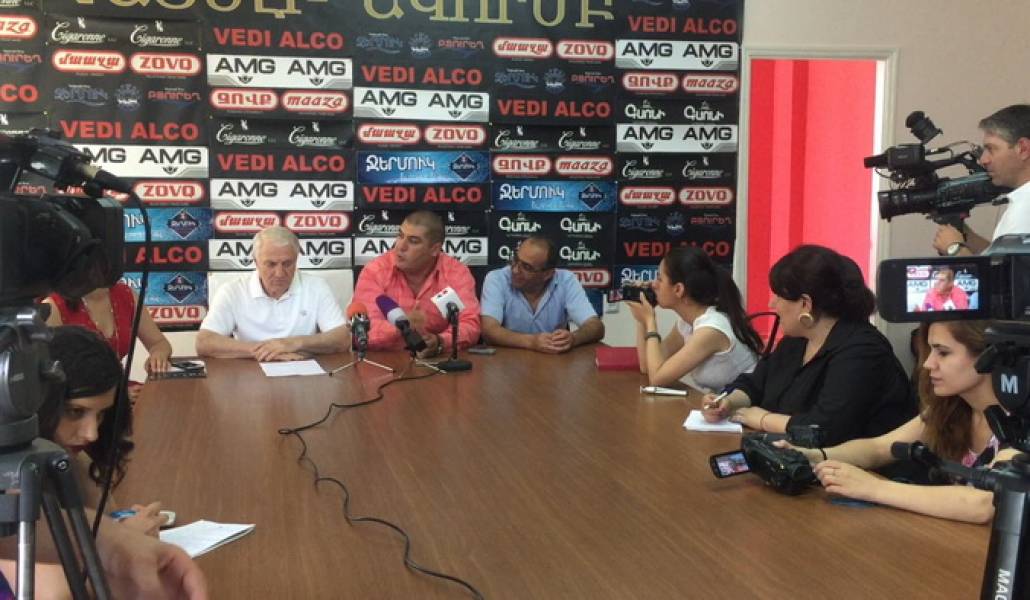 Member of the Union of Yerkrapah Volunteers (UYV) Ara Khudaverdyan told a news conference today that the names of Serzh Sargsyan, Seyran Ohanyan, Seyran Saroyan, Vazgen Sargsyan's brother Aram Sargsyan are discussed as the president of the UYV. The latter is also going to put his candidacy. However, many members of the union are against the fact that the union is governed by one person. He also touched upon Aram Sargsyan's candidacy. "I was ready to die with Vazgen Sargsyan's call, but Aram Sargsyan himself says what sort of Yerkrapah he is. If a person has not been in the battlefield, he does not understand about that case, what does that man do? I do not see him as president, I will see him as president, when he will leave everything, he will be a good president." Gagik Davtyan, the former chairman of Arabkir district division of Yerkrapah Volunteer Union, believes that the union should remain and be self-purified.