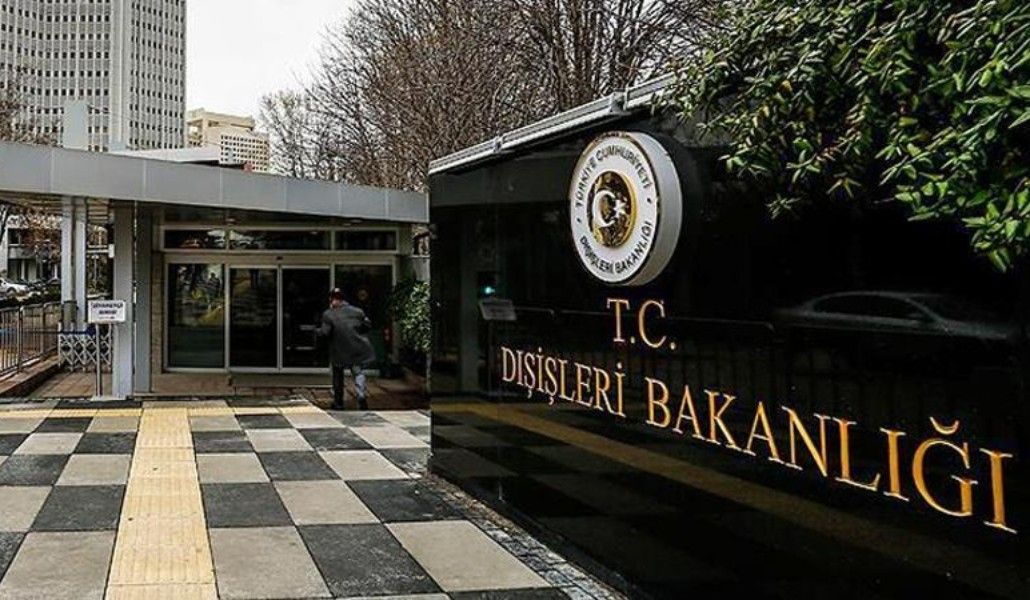 "It is our rightful expectation that France shall not make Turkey an internal policy debate, especially before the election period": Hami Aksoy

Statement of the Spokesperson of Ministry of Foreign Affairs of Turkey, Mr. Hami Aksoy, in Response to a Question Regarding French President Macron’s Statements in an Interview on a French TV Channel

Yesterday evening, a program was broadcasted on the French state television channel France 5, which included unjust and inconsistent accusations about our President and in his person, on our country.

In his response to the deliberate questions posed during the program, we find French President Macron’s statements contrary to the friendship and alliance relations between our countries, and thus unacceptable.

Turkey pursues policies based on legitimacy stemming from international law on the issues of the Eastern Mediterranean, Syria and Libya.

It is obvious that these inconsistent allegations and the broadcast, which was deliberately aired before the EU Summit and aimed at eroding the reality of European Turkey, will never achieve their objectives. By its regional policies and close bilateral relations that it has developed with the member states, Turkey will continue to be effective in the European continent, at NATO and in its transatlantic relations, and to provide the largest contributions.

On the other hand, we find Mr. Macron’s claims that were put forward with certain judgments alleging Turkey’s interference in France’s internal politics through the upcoming elections, dangerous as they bear alienating aspects for the communities with foreign origins. With regard toFrance’s internal politics, Turkey does not have any agenda other than the welfare, serenity and harmony of the Turkish community having a population of around 800 thousand people living there. In return, it is our rightful expectation that France shall not make Turkey an internal policy debate, especially before the election periods.

At a time when we are taking steps towards tranquility and friendship replacing tensions between the two countries, we consider that Mr. Macron’s statements are unfortunate and inconsistent. Insincerity and inconsistency are the underlying reasons for the recent problems with France. We would like to remind that the positive or negative attitude to be displayed and the discourse to be used by France within this period will be reciprocated in kind by Turkey.