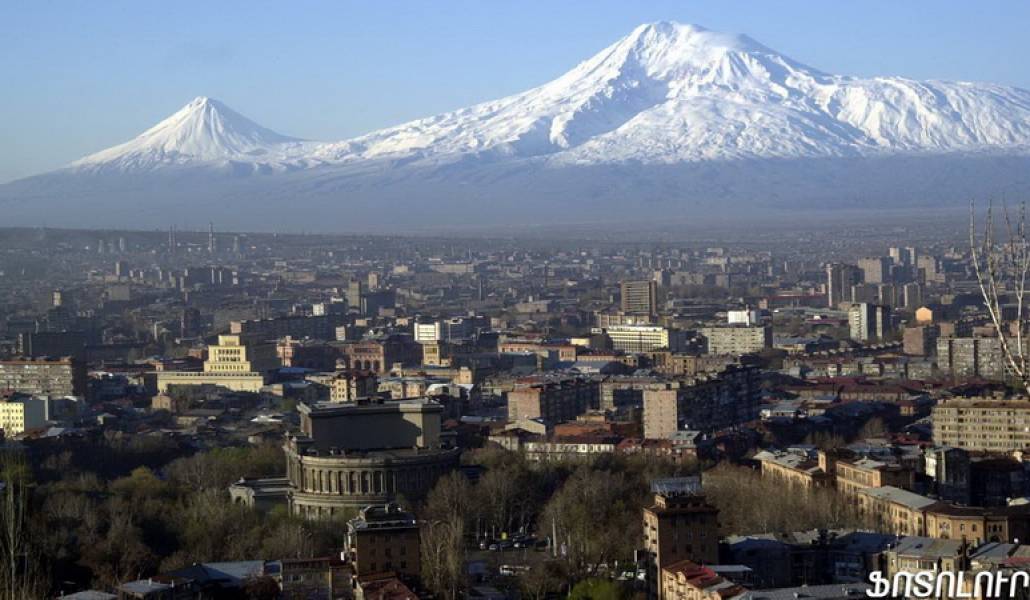 In autumn of 1950 the archeological expedition headed by Konstantin Hovhannisyan during the excavation of Arin Berd discovered the cuneiform inscription of foundation of Erebuni fortress-city made by King Argishti; and Yerevan received its “stone passport” and became one of the oldest cities of the world- 29 years older than Rome. The leadership of the Soviet Armenian managed to convince Moscow, which wasn’t an easy task then, and the 2750th anniversary of Yerevan was solemnly celebrated in October, 1968. New books about history of Yerevan were published, films about Yerevan were screened, exhibitions were opened; new songs about Yerevan were written. On October 19, the building of the museum was opened on Arin Berd hill. The building was like Urartian palaces; 2750 trees were planted at the foot of the hill and the adjacent street was called Erebuni; 2750 fountains started operating in the park adjacent to the square. The 2750-member band headed by Tatul Altunyan for the first time performed Paruyr Sevak’s and Edgar Hovhannisyan’s song “Erebuni-Yerevan”. Armenians were celebrating 2750th anniversary of their city for a week. The concerts of art groups continued in the city’s squares, parks and streets for several days. People laid abundant tables just in the streets. Big celebration in Hanrapetakan stadium summed up the jubilee events. The holiday became a favorite and traditional celebration, and Armenians celebrated the day of their capital without any slogan. Then hard times came and after lasting interval 2785th anniversary of Yerevan was celebrated in 2003, and since 2004 the capital has had its flag, coat of arms and anthem. Today Yerevan is celebrating its 2798th anniversary.