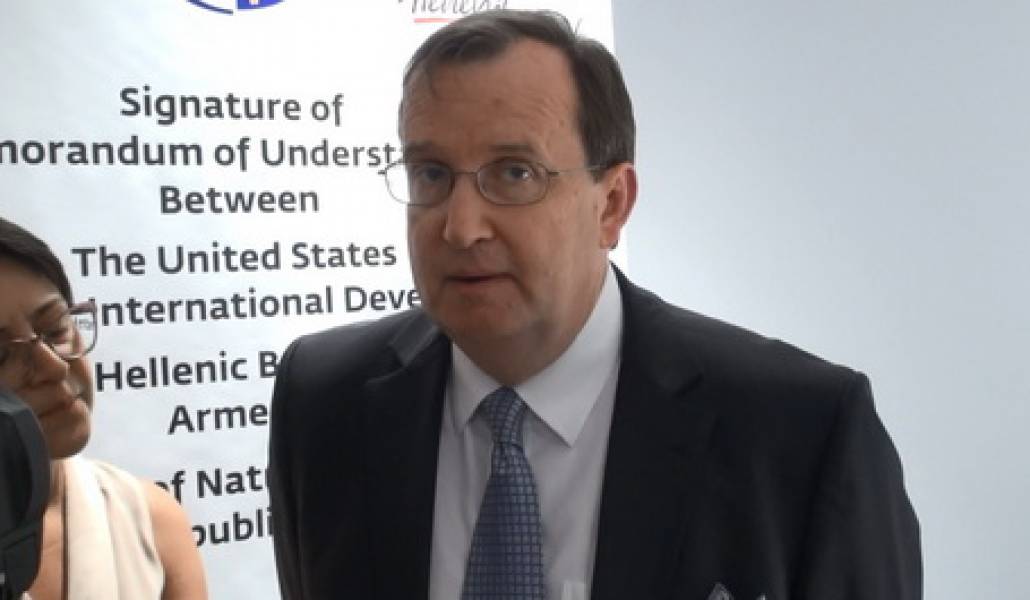 Violence can never be an acceptable option for making political changes in Armenia. We are closely following the events in Armenia, because one of the primary tasks of the U.S. Embassy is to keep citizens informed about issues related to safety and security, U.S. Ambassador to Armenia Richard Mills said in conversation with A1+ and Azatutyun. Ambassador Mills said they continue to urge U.S. citizens in Armenia to stay away from Erebuni district as long as the situation remains unsafe there. The U.S. Ambassador to Armenia says he has not communicated with the Armenian authorities since Sundy. Richard Mills, despite watching the situation, however, has not been in touch with the authorities of Armenia since Sunday. “The issue was raised in the U.S. Department of State on Tuesday. There was an urge from our side to the Armenian authorities to resolve the situation professionally and with restraint. Now it is time that all Armenians display respect for the rule of law to be able to resolve the situation peacefully, which, in my opinion, is what everyone wants,” Ambassador Mills said.