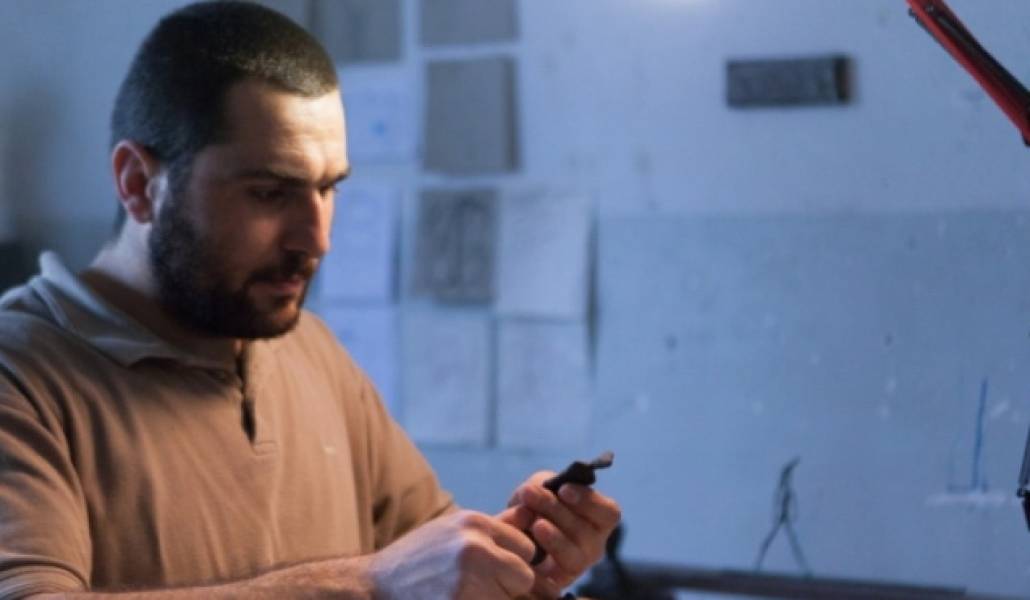 The statuette presented during the inaugural Aurora Prize for Awakening Humanity held in Yerevan on April 24, was designed by Manvel Matevosyan, a graduate student at the Yerevan State Academy of Fine Arts. He first began working on the sculpture, titled “To Eternity,” when he was a sophomore in college. In 2015, the young artist presented his design at a competition called “A Message 100 Years Later,” dedicated to the Centennial of the Armenian Genocide. He didn’t take first place, but was selected as one of the laureates. In 2016 the Creative Council of the Aurora Prize chose “To Eternity” as the symbol that best captures the spirit of the prize. Manvel Matevosyan is pleased to see his work take on a life of its own. “The ascending human figures symbolize spiritual values and resurrection, inspiring humanity to rise up against the imperfections of the material world,” says Manvel. The statuette was given to Marguerite Barankitse from Maison Shalom and REMA Hospital in Burundi who was named as the inaugural Laureate of the $1 million Aurora Prize for Awakening Humanity at a ceremony held in Yerevan, Armenia, on April 24.