Levon Ter-Petrosyan is on the Liberty Square 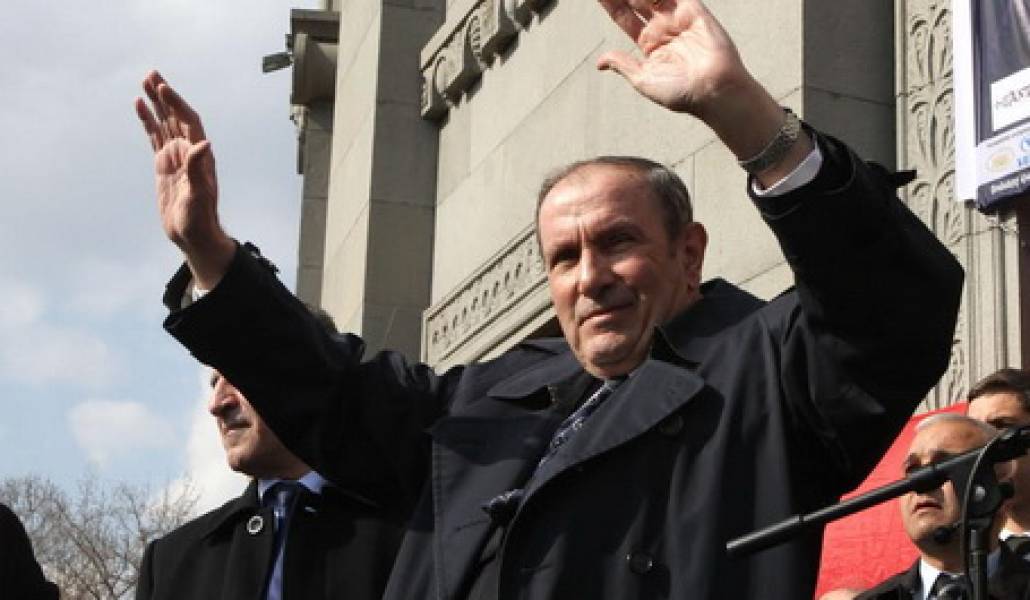 HAK meeting started on the Liberty Square under the sounds of the RA national anthem. The meeting is lead by HAK party deputy Aram Manukyan. According to him, March 1st discovery in not only legal issue, it is the issue of all ours dignity. He noted in his speech that all the victims of March 1st were killed on the liberty way, and then all the gathered commemorated March 1st victims. First father of Samvel Harutyunyan who was one of the 10 victims, Edik Harutyunyan made his speech. “We are united, we can’t be defeated,”- he said. Levon Ter-Petrosyan is already on the Liberty Square. He was greeted with screams and applauses. Veterans, the parents of killed soldiers, the head of Heritage party Raffi Hovhannisyan and the members of “I am against” also joined the meeting.