''He claims that there are no remarks about Armenians in the agreement of Kyurakchai signed at the beginning of 1800s. We naively thought that Mr. Aliyev is familiar with the most popular ancient historical records, such as the Histories of Herodotus, Xenophon's Retreat, Strabo’s Geographica, the works of Pliny the Elder, Plutarch, Cassius, Appian, Tacitus, Ammianus Marcellinus, the works of famous European travellers such as Rubruck and Marco Polo, which have a large-scale coverage of the Godly Hayastan-Armenia country and its indigenous Armenian people.

If Mr. Aliyev does not trust the mentioned authors, he could at least have read the Ottoman writers of 16-19 centuries such as Mustafa Naima, Rashid, Ismail Asim Efendi, Suleiman Izghi, Katib Chelebi, Ahmed Cevdet Pasha, Evliya Çelebi, some of whome not only have provided vast information about the Armenian world, but travelling to Armenia-Ermenistan, contacted with its Armenian-Christian residents.

''Of course, they did not write anything about Azerbaijan, but it's not their fault that they did not encounter a country named Azerbaijan in its current territory until 1918'', Mane Gevorgyan wrote.

Referring to Nagorno Karabakh conflict settlement, Mane Gevorgyan emphasized that it cannot be solved unless Azerbaijan recognizes the rights of the people of Artsakh, including the participation of Armenians of Artsakh in the negotiations about their own fate.

''And finally, PM Pashinyan has proposed a clear formula for making the negotiations productive. Any solution to NK conflict should be acceptable for the people of Armenia, people of Artsakh and people of Azerbaijan. This formula is accepted by the international community, but it's not accepted by Mr. Aliyev, who claims that the settlement must be accepted only for the people of Azerbaijan. And he accuses us in fascism. And why does he regularly claim that Karabakh issue has military solution. Our response is the same – if the issue has a military solution, the citizens of Artsakh solved the issue long ago. Mr. Aliyev blames OSCE Minsk Group Co-chairs, Armenia and historical justice in the failure of the settlement of the conflict, but he should blame only himself for abandoniong the constructive field of the discussions long ago'', Gevorgyan wrote. 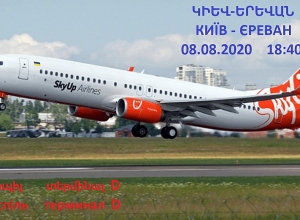 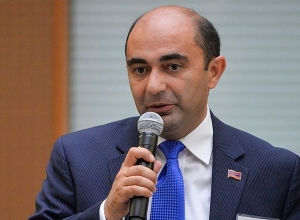