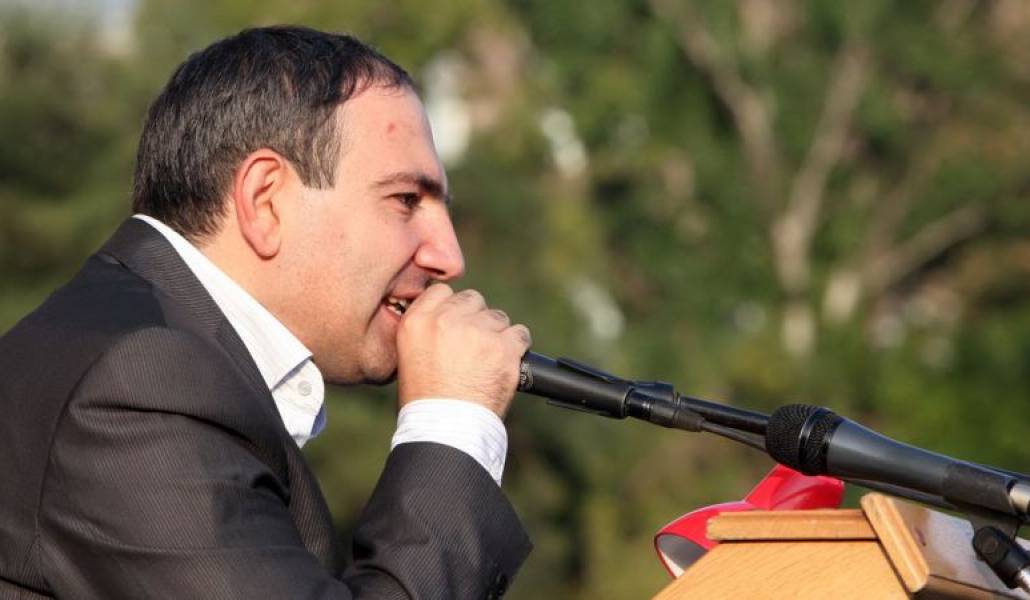 The seemingly peaceful and tranquil atmosphere observed during the campaign for the May 6 parliamentary elections in Armenia is deceptive, senior member of the opposition Armenian National Congress (HAK), Nikol Pashinyan, said during HAK's campaign rally in the city of Noyemberyan in the country's northeast Tavush marz (province).

"On May 6, we shall witness a 30-second hurricane that will sweep away the Sargsyan-Kocahryan criminal clan," he said.
Pashinyan noted that a revolution does not necessarily imply that people go to streets.

"Revolution can be carried out in a polling booth. The change of power is inevitable; the evidence of my words is the continuing looting by the authorities," he said.
"You sold the heroic victory in the Artsakh war to buy jeeps for you!" Pashinyan said addressing his words to the country's leadership.

HAK Leader Levon Ter-Petrosyan did not participate in the meeting due to health problems.