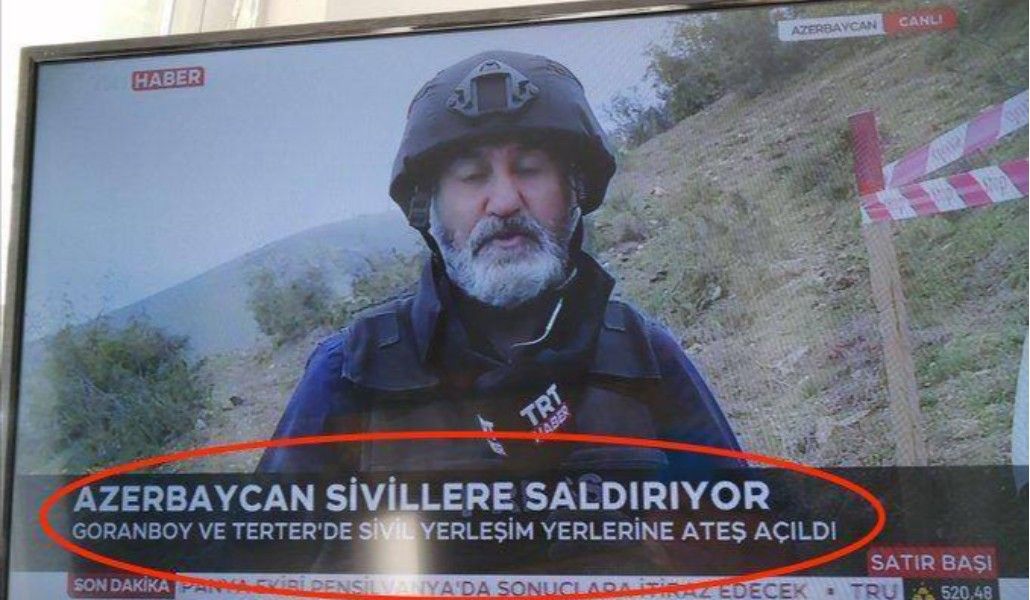 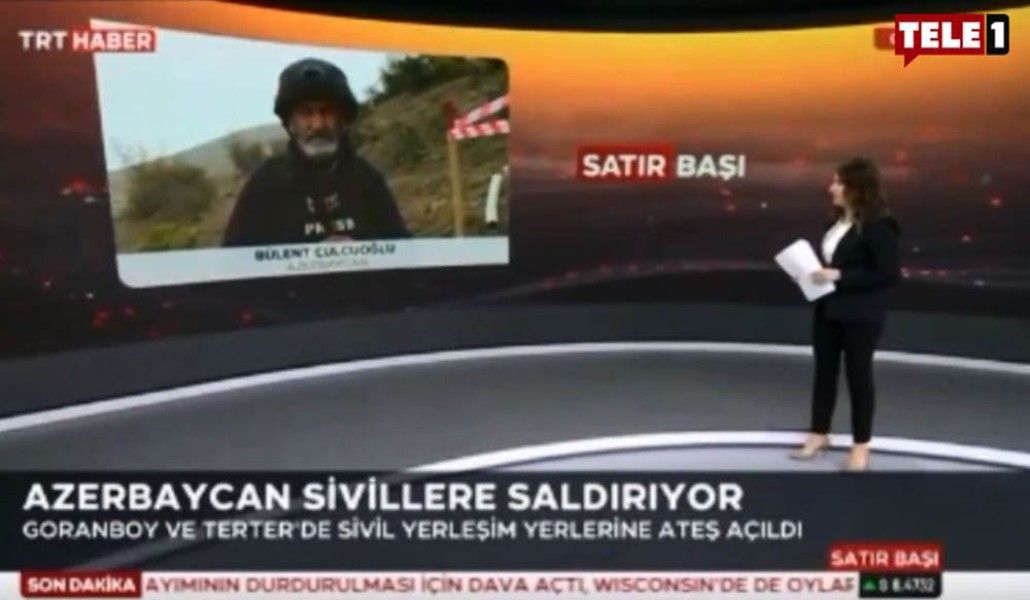 The Turkish state television, presenting the latest developments in the war in Artsakh, made a scandalous mistake, deviating from the Turkish-Azerbaijani propaganda falsification.

Turkologist Varuzhan Geghamyan noticed this mistake and shared it on the social network. The headline that appeared on the screen during the report was saying in Turkish: "Azerbaijan attacks civilians" / Azerbaycan sivillere saldırıyor. The mentioned episode made a lot of "noise" in the Turkish press and social media.

Turkish users on social media also expressed their dissatisfaction, calling the incident a disgrace. In connection with the incident, Turkish users also recalled similar "mistakes" made by state television in the past.