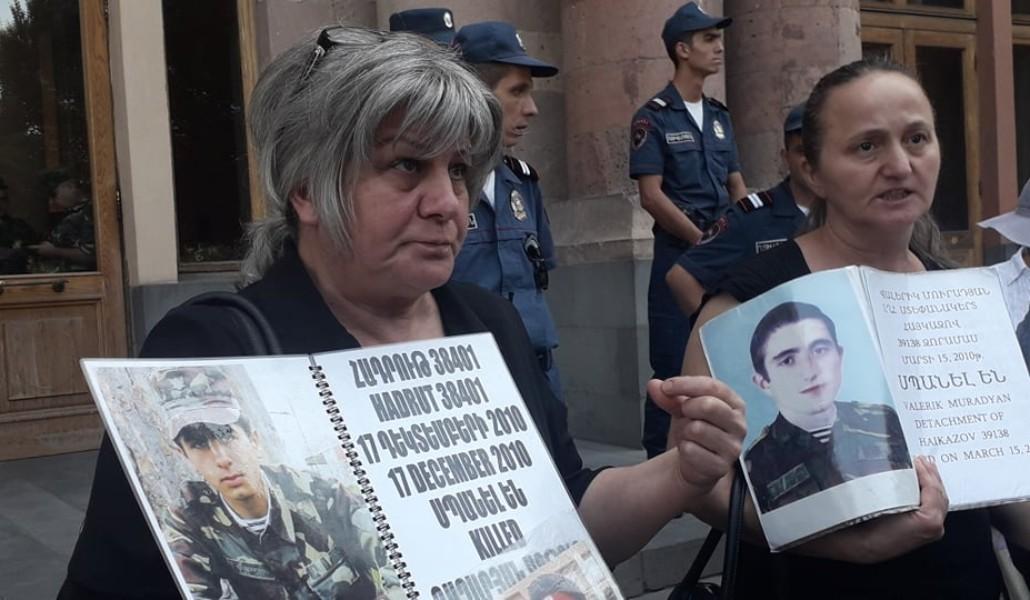 The mothers wearing black clothes were again in front of the government. According to them, the NA Investigative Committee, which was supposed to reopen the cases of soldiers killed in peacetime, is not investigating the deaths of their sons.

Mothers in black were protesting in front of the government building, mothers of soldiers who died in peace, claim the Investigative Bodies and the Prosecutor's Office do nothing to reopen the case.

According to Irina Ghazaryan, one of those mothers, they have sent numerous letters to Nikol Pashinyan and Anna Hakobyan. They are most upset that the Prime Minister's wife has not responded to their requests. It is said that the letter was handed over to the assistant, but they believe that it did not reach Anna Hakobyan.