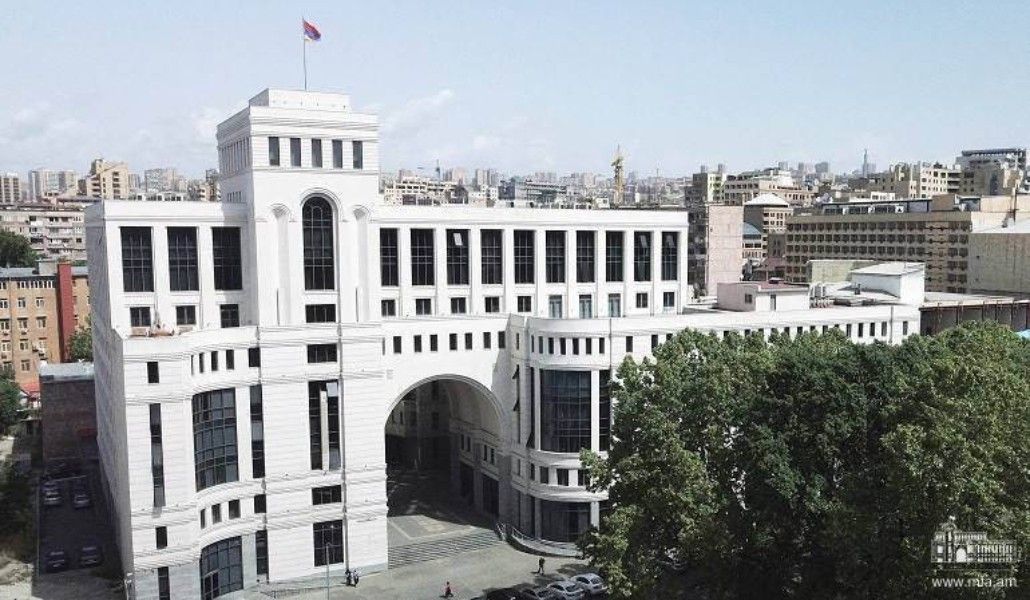 Such anti-human behavior of the Azerbaijani high-ranking leadership is more vocal than any statement or PR-campaign on peace:MFA of Armenia

On April 12, with the participation of the President of Azerbaijan a “park” dedicated to Artsakh war was opened in Baku, where along with the Amenian military equipment the mannequins of the servicemen of the Armenian armed forces, personal belongings of the soldiers of Armenia and Artsakh and the helmets of killed Armenian servicemen were displayed. The opening ceremony of the “park” and the remarks of the President of Azerbaijan demonstrate that the above-mentioned action is aimed at publicly degrading the memory of the victims of the war, missing persons and prisoners of war, violating the rights and dignity of their families.

At a time when the consequences of the war unleashed by Azerbaijan against Artsakh haven’t been fully addressed, when numerous Armenian prisoners of war are being held in Azerbaijani captivity, with the organization of such an "exhibition" wrapped in the elements of marauding, Azerbaijan is finally consolidating its position as a global center of intolerance and xenophobia. Such anti-human behavior of the Azerbaijani high-ranking leadership is more vocal than any statement or PR-campaign on peace, tolerance and multiculturalism.

On one hand, the Azerbaijani leadership is making observations about possible revanchisme on the part of Armenia, and on the other hand, with such exhibition, attempts to perpetuate the revanchisme, inhumanity and interethnic hatred. Such steps manifest how far the Azerbaijani leadership stands from its own declarative statements on the post-conflict situation, regional peace and reconciliation.