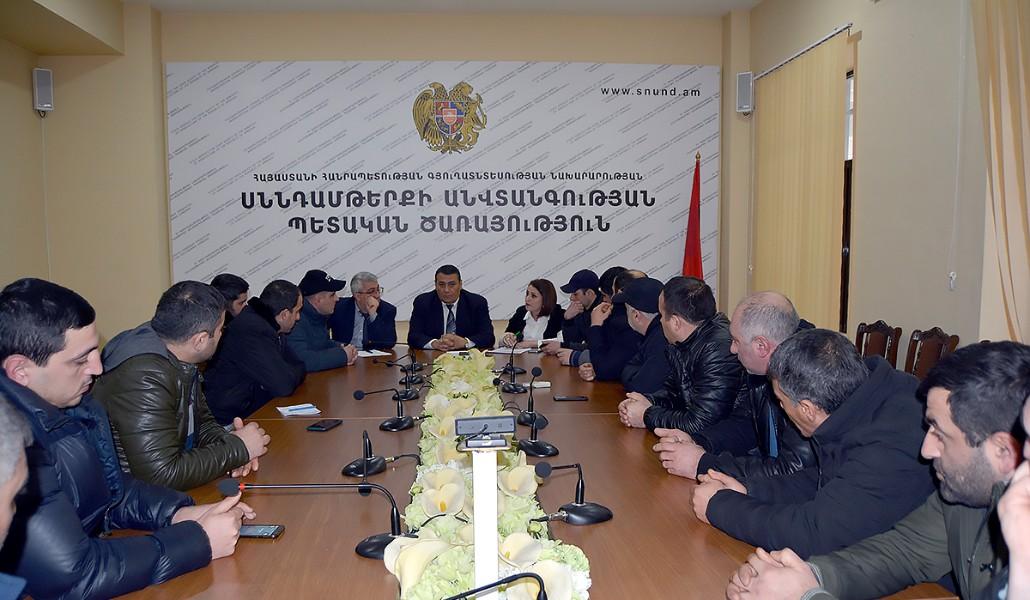 Food Safety Inspectorate of Armenia: Number of people wanting to build slaughterhouses has increased dramatically over past few days.

Narek Hayrapetyan and Garik Saroyan, Deputy Chiefs of the Food Safety Inspectorate (FSI) of Armenia, today met with the butchers and cattle farmers who complain that the slaughtering of animals in slaughterhouses has become mandatory in the country.

The FSI officials presented them with the agreements reached with slaughterhouse representatives the day before, and answered the problematic questions.

It was also noted that tightening control over the mandatory requirement for the slaughterhouse slaughtering of animals has attracted the attention of investors, and the number of those wishing to build slaughterhouses in Armenia has risen sharply over the past several days.

But there was dissatisfaction that the existing slaughterhouses could not provide the daily amount of needed slaughtering. As a result of a phone call on the spot, the owner of a slaughterhouse claimed that they were capable of slaughtering up to 120 cattle per day.

"As for the postponement of the requirement for mandatory slaughterhouse slaughtering, the FSI does not have such authority," Hayrapetyan said. "We are a body that carries out inspection and oversight functions, and will fulfill our responsibilities using all available mechanism."