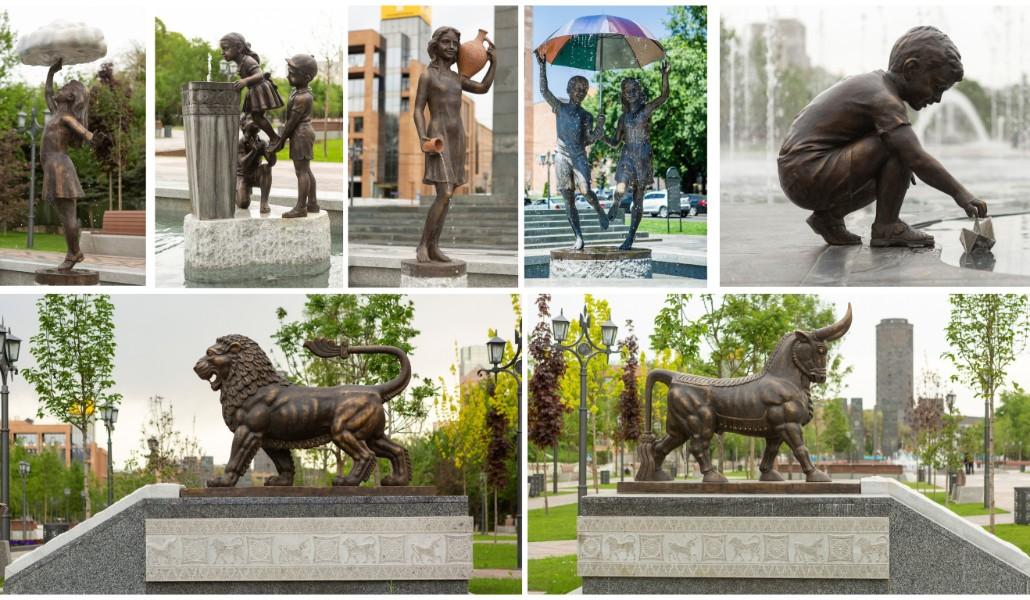 We present you some interesting facts about the Yerevan 2800th Anniversary Park beloved by the residents of Yerevan and tourists. Many people are interested by the park’s statues. Let us note, that seven bronze statues are installed in the park which were ordered and created specially for the park. The entrance of the park is decorated with bull and lion bronze statues made by analogy with the frescoes of Erebuni fortress. In four corners of the fountain which has the form of the map of Yerevan there are 4 bronze statues of children (″Caring″, ″Imagination″, ″Happiness″, ″Chastity″),  as well as there is a statue of a child with a boat (“Childhood”) on the site symbolizing the Yerevan lake. The statues represent the images of children of Yerevan city of 1970-1980s.

According to visitors’ believes, water from the drinking fountains of the statue named  ″Caring″ has rejuvenating abilities.

The statues installed in the park have been created by a group of sculptors headed by Armen Samvelyan.

In the park there is an obelisk with symbols of Erebuni fortress and Yerevan city, presenting a brief information about the park in 4 languages.