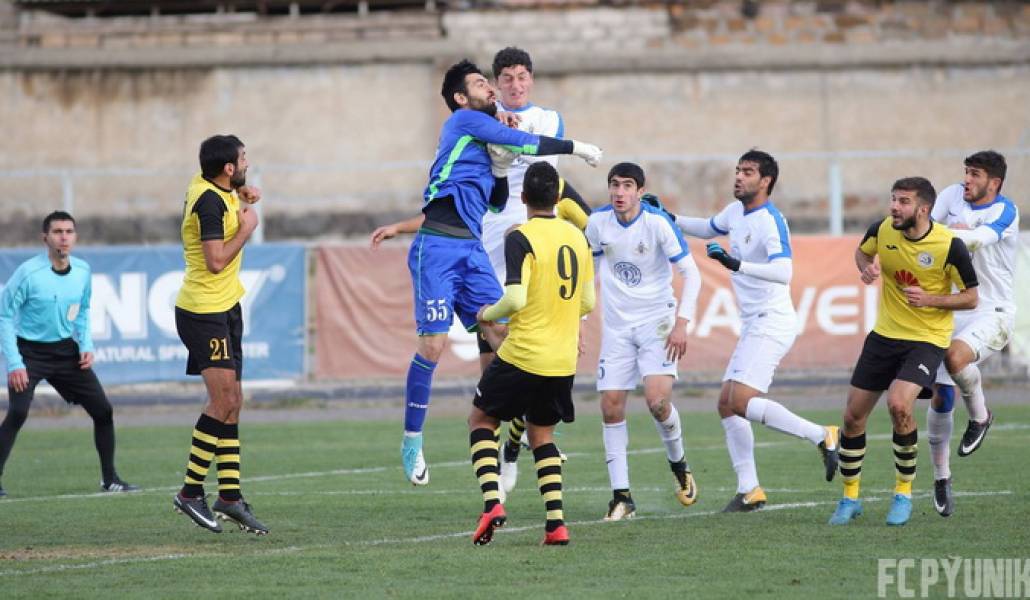 Yerevan's Alashkert won Yerevan's FC Pyunik (1:0) in their home game during the 14th round of the Armenian Premier League. The only goal was scored by striker Mihran Manasyan, in the 23rd minute. The owners of the pitch finished the game with 10 players, as midfielder Khoren Veranyan was removed from the pitch in the 61st minute. "Alashkert" scored 30 points and became stronger in the first place. Now, Alashkert players are 10 points ahead of Gandzasar-Kapan, which will be hosting Banants on November 26.