Humanitarian issues in the center of attention of the world: Aurora dialogues (updated) (video) 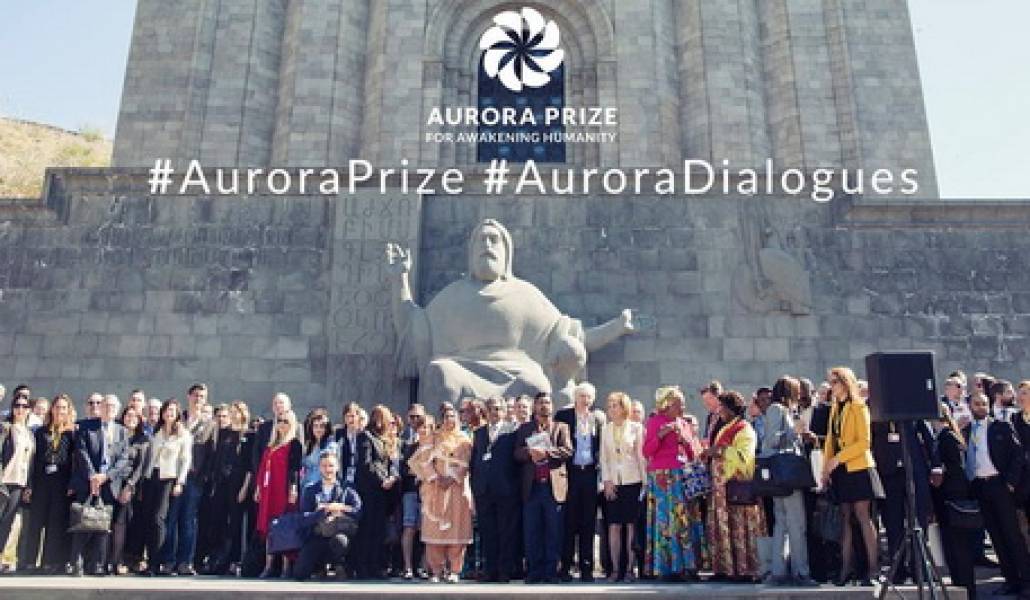 18:16 If a woman doesn’t take part in the peacemaking and other processes, it is the same that a person looks at the world with one eye,” says Dr. Leymah Gbowee, Liberian peace activist and women’s right advocate; Nobel Laureate; Aurora Prize Selection Committee Member. During her whole life Leymah Gbowee has struggled against forced marriages and forces circumcision of young girls on the day of marriage. Dr. Gbowee got engaged in this work, when for the first time she saved the eight-year-old girl from marriage in a village, “Those children are still schoolchildren, and most of them sometimes don’t resist and die.” 16:50 Marguerite Barankitse, Founder, Maison Shalom; Aurora Prize Finalist “Children are the most precious creatures for us in this world. We must pay more attention to them. Very often their problems are fallen by the wayside, and people buy arms, instead. If we were able to stop all those, who sell weapons, and direct our means and efforts to the children, everything would be fine in the world. We must ensure education for all the children in the world.” 15:56 Next topic of Aurora dialogues discussions was the role of women in the international humanitarian community. Nancy Soderberg, Former U.S. Deputy National Security Advisor and Ambassador to the United Nations, is sure that the role of women is very important in the society, “I don’t say that the women are better than men, there are men, who are very lucky, but it is a proven fact, when the women are more involved in the politics, there are few wars, the economy develops better, and the children are educated better. I am sorry, men, but it is so.” 14:50 “Many people leave their countries, houses and it results also in economic crisis. Currently there is crisis also in Syria. I think Europe holds away from it. But those questions must be raised. There are problems, which must be solved,” said Enrique Eguren, member of Protection International. “First, the refugees go to their neighboring countries, it is in that way in the whole world. We must solve numerous problems in those countries. For example, education is an important issue. Most of the children, who went from Syria to Turkey, don’t attend schools, but they want to study. That issue must be solved. The next problem is the attitude toward the refugees. I was also a refugee in the United Kingdom, and then there wasn’t good attitude towards the refugees, and it influenced whole my life. That issue must also be solved,” noted Aryeh Neier, President Emeritus, Open Society Foundation. 13:57 There are a number of problems in the issue of genocide and mass atrocities, says Edward Luck. He thinks that there must be answers to all the questions, “Currently leaders of the countries don’t want to give answers, but it doesn’t mean that we shouldn’t raise right and felicitous questions.” Dr. Edward is sure that the tendency of repetition of genocides poses a great threat, and it is the result of other states’ silence, “We shouldn’t say that it is late for some countries to take steps, as they still have a chance and it is never late to condemn genocides. Those states, which have already taken some steps, have been able to save human lives, and those, which haven’t done anything, can take actions now preventing future genocides.”

13:48 Human rights lawyer, first female judge of Iran, Nobel Prize Laureate Doctor Shirin Ebadi noted that currently Syria has the greatest number of refugees, the reason for it, naturally, is war, “The situation isn’t settled in Syria, as the authorities don’t want to quit their positions, and the second reason is the absence of democracy. The West, really, is to blame, but it isn’t right to blame everything on the West.” Dr. Edward Luck, Arnold A. Saltzman Professor of Professional Practice in International and Public Affairs, noted that great progress can be noticed in the issue of defense of refugees, “It is true, that the issues of refugees still remain urgent, but to say that there is no progress will not be right.” 13:25 Aurora Prize Selection Committee member Hina Jilani thinks that the security of the people derives not from relying on the police officers, but from the current situation in the world, “The human rights’ protection is impossible without the establishment of the system and not only in the politics of the particular country, but in the whole world.” Hina Jilani thinks that the poverty is also a problem in the world, “We must focus on the poor, and not hum and haw the topic. Poverty is not only a critical problem, the poverty is people.” Mrs Jilani also calls for the cessation of violence. She is especially concerned about the increase of gender-based violence.

12:30 Aurora dialogues discussions organized within the frames of Aurora Prize kicked off. As the organizers say the discussion aims at drawing the attention of the world to the humanitarian issues. Moderator of the discussion Ed Williams, who is Executive Director of Edelman UK, noted that through discussions they will try to sum up the lessons learnt from the past so that they can find solutions, “Even 100 years later the humanity continues to be startled by the volumes of current violence, humanitarian crisis is one of the most urgent issues, and the more informed we are, the more easily we will be able to find solutions.” Businessman and philanthropist Ruben Vardanyan noted that years ago it seemed unreal that the world could unite in the issue of Genocide, but today it is already a fact, that we all have gathered to speak about genocide, “We brought together genocide survivors, their stories. It is true that there are few documents, but we tried to publish what had found so that we can show the truth. We intend to preserve our history, disallow it from being forgotten.”