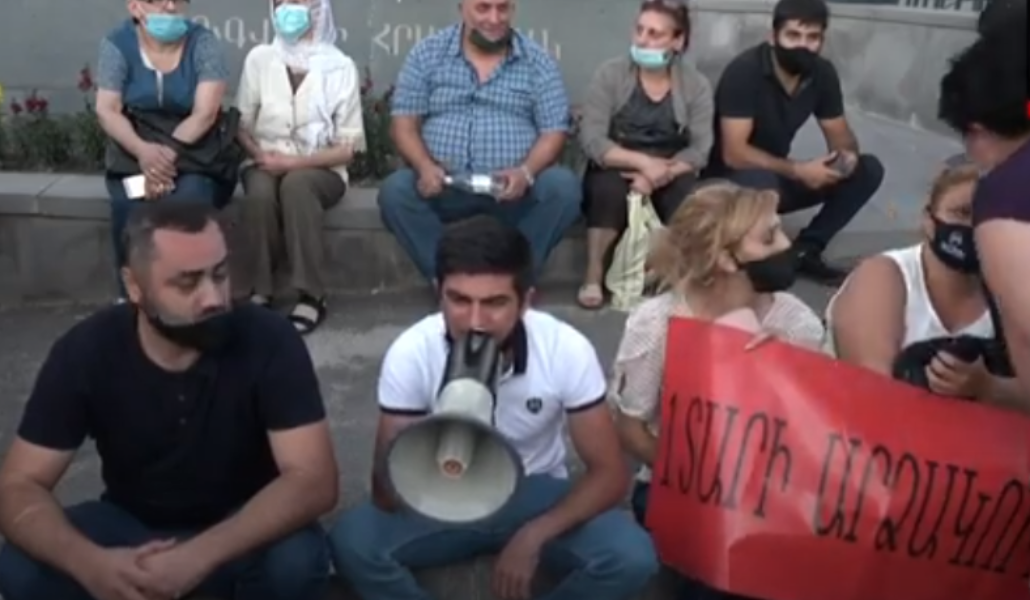 The members of the "Non-credit robbery" initiative marched in front of the Government building to the private house of RA Prime Minister Nikol Pashinyan, demanding to close the usurious organizations.

They demand a one-year credit leave. On the way, the police urged the protesters not to hinder the free movement of citizens, to go the way that was originally decided. One of the protesters mentioned that the police were obstructing their action.

The police detained the members of the "Non-credit robbery" initiative in front of the Prime Minister's private house.

Video is provided by Para.TV.