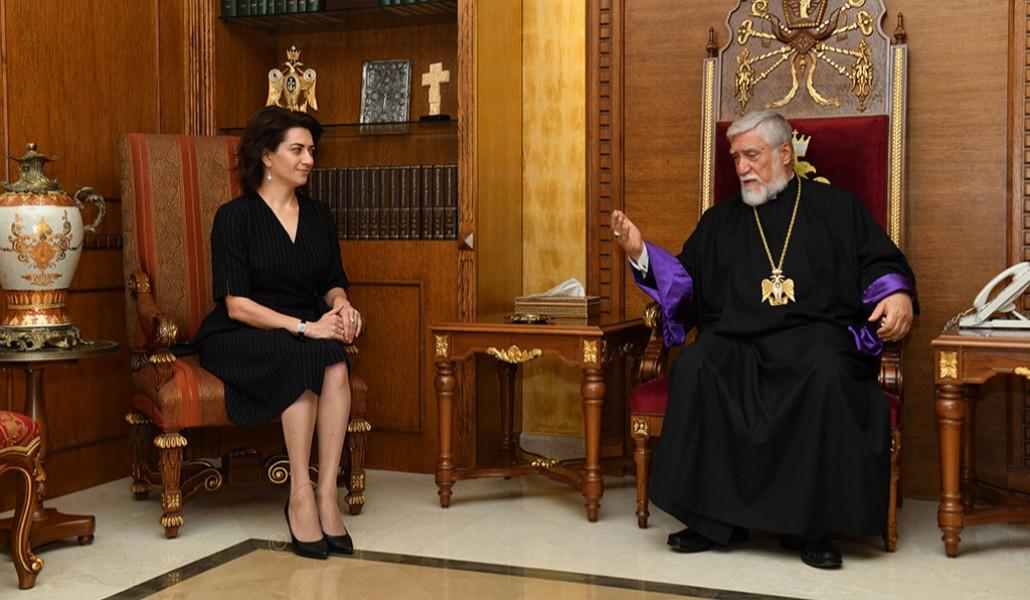 Anna Hakobyan, spouse of Armenia’s Prime Minister, chairwoman of the Board of Trustees of My Step and City of Smile charitable foundations, on July 2 has been hosted by His Holiness Aram I, Catholicos of the Great House of Cilicia, in Antelias.

The meeting was also attended by Armenian Ambassador to Lebanon Vahagn Atabekyan.

During the meeting Anna Hakobyan introduced His Holiness Aram I on her programs and meetings in Lebanon, the activities of the two foundations led by her.

On the same day Anna Hakobyan visited the Armenian Genocide Orphans' "Aram Bezikian" Museum. The Armenian PM’s wife toured the Museum, got acquainted with the history of its establishment and the exhibits. At the end of the visit Mrs. Hakobyan left a note in the Memory Book of the Museum. Anna Hakobyan also visited the Birds’ Nest orphanage