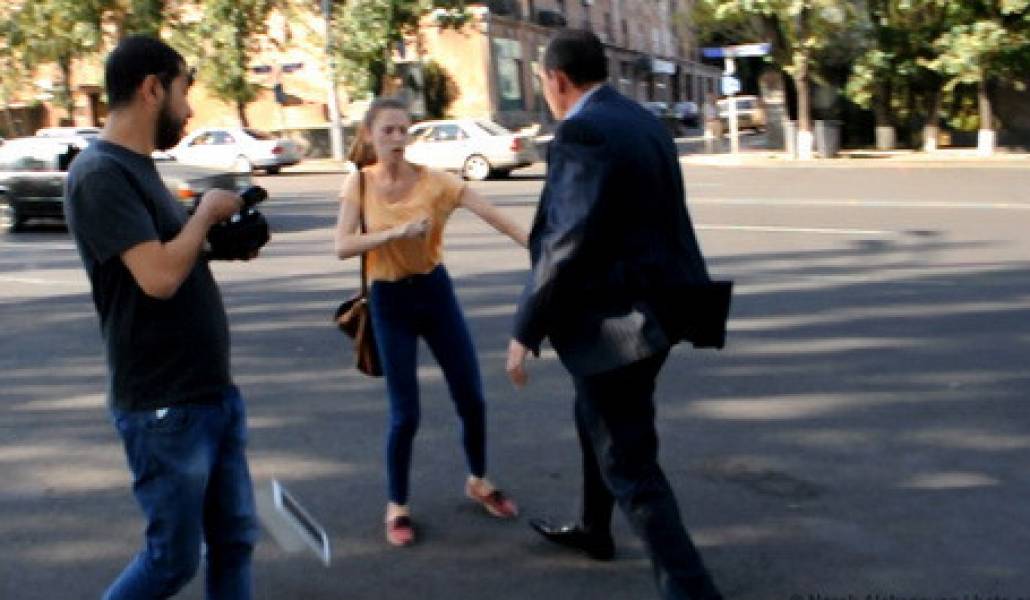 The Union of Informed Citizens NGO is going to appeal the decision of not investigating the recent incident between a security official and a journalist. Daniel Ioannisyan, a representative of the NGO, has already addressed a letter to Prosecutor General Gevorg Kostanyan. As reported earlier, the Special Investigation Service did not institute a criminal case with regard to the violence case against A1+’s journalist Marine Khachatryan. On September 9, after members of the Hakaharvats (Counterblow) street art group hung a banner reading “Hello Rob” (Rob referring to Armenia’s second President Robert Kocharyan) on the National Assembly’s main gate, the chief of the NA security Karen Hayrapetyan came out and tore down the banner. Then he hit A1+’s journalist Marine Khachatryan, who was covering the incident, on the arm, causing her to drop her recording device - iPad - to the ground. Later Hayrapetyan said he didn't notice the journalist's press badge and thought it was the journalist who had hung the banner on the gates. After the incident, the Committee for Protection of Freedom of Speech (CPFS) and Journalists for Future NGO issued a joint statement condemning the incident and the violence against the journalist, viewing it as an attempt to hamper the journalist’s professional activity. They called on the legislature to make Karen Hayrapetyan accountable for his misbehavior. On Sept. 12, a statement was issued that upon the request of General Prosecutor Gevorg Kostanyan, the Special Investigation Service would investigate the incident between the security chief and the journalist.