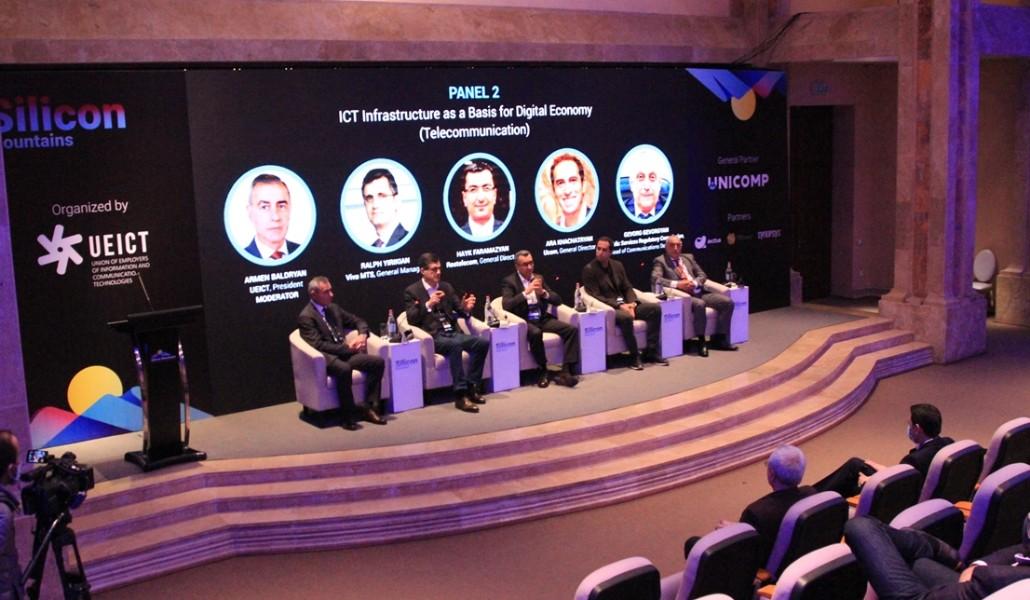 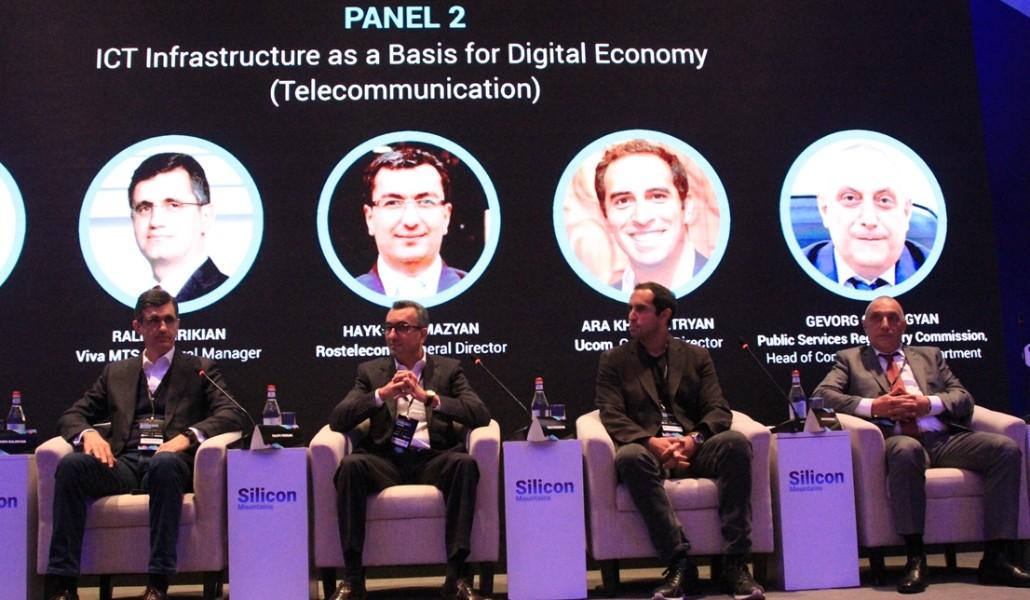 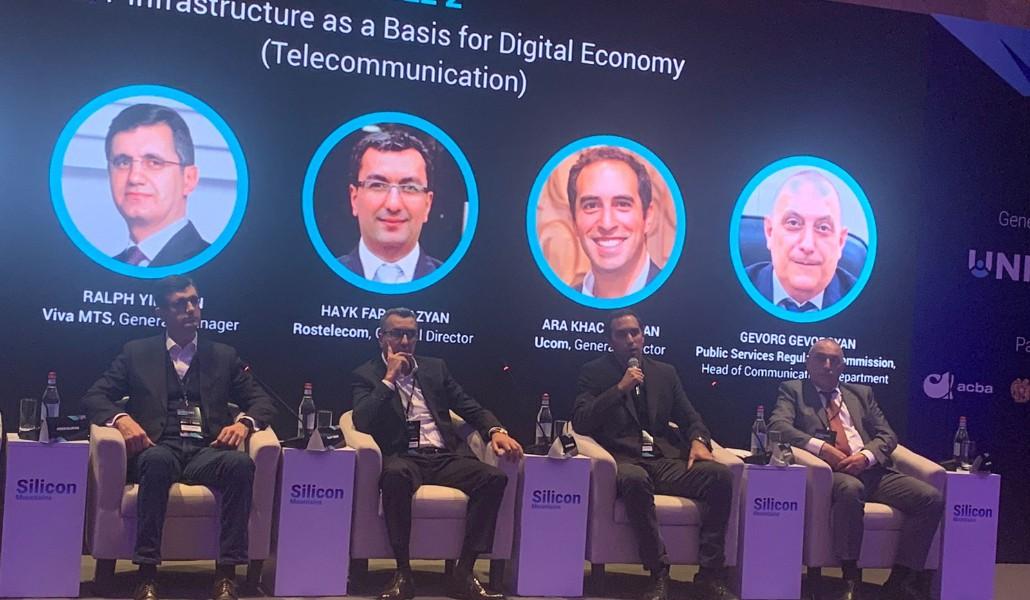 Globally, and in Armenia, in particular, ICT companies are faced with a dilemma of whether to use their own infrastructure as an intermediate platform for digital solutions or to provide digital services directly, offering their own solutions to the market. The role of the state and the public interests regulator is very important in the field of economics, as well as cooperation and guidance of the digitalization agenda of the ICT sector.

These and other issues related to the digital agenda of Armenia were discussed during the Silicon Mountains 2021 International Summit on the Application of Smart Solutions during the panel discussion “IT Infrastructure as a Basis for the Digital Economy”. Head of the Telecommunications Department of the Public Services Regulatory Commission Gevorg Gevorgyan, Viva-MTS General Manager Ralph Yirikian, General Director of Ucom Ara Khachatryan and General Director of Rostelecom Hayk Faramazyan took part in the discussion.

The special guest of the summit was the President of Synopsys Transnational Chi-Foon Chan, the recipient of the 2020 GIT Award for Global IT Investment.

“When years ago, in 2006 PSRC took over the function of regulation of the sector, a challenge was set to pay a great deal of attention to the development of the infrastructures. With joint efforts, committed to the principles of competition, it was possible to solve this issue. Today already there are different challenges. Investments needed for new technologies are enormous and currently, the volumes of consumption of digital services are low. Thus, the role of the government in spreading and promoting investments in new technologies through ensuring orders is huge", told Gevorg Gevorgan Head of Telecommunication Department of PSRC.

“According to experts, in 2022 the number of Internet-connected devices in the world will exceed 29 billion, and 40% of them will be mobile. Speaking about the digital economy in Armenia, we should not only think about the introduction and popularization of smart home, cloud technologies, artificial intelligence technologies, but also accelerate digitalization in the most valuable areas of society, such as small and medium-sized enterprises. We can say that they are not using advanced cloud services. “The state, Ucom, partner operators and even the schools have a lot to do,” said Ucom General Manager Ara Khachatryan.

“Telecommunications play a very important role as the main infrastructure for the creation, development and promotion of the digital economy. The next evolutionary stage of telecommunications will play a unique role in the context of transition from infrastructure services to content, IT solutions, including cloud services, which has already been launched by our company. In the process of the formation of the digital economy, the existence of digital services and further development in the public sector is possible. And here, based on the experience of developed countries, it is possible that the state will assume the leading role, using all the relevant infrastructure and leverage to develop an advanced digital ecosystem,” said Hayk Faramazyan, General Manager of Rostelecom Armenia.

“The outcome of the debate on the “Smart Pipe” or “Blind Pipe” in favor of the former predetermined the further development of the telecommunications sector. Today, the development of innovative technologies is strongly stimulated by companies in the ICT field, as there is a consumer demand for more convenient digital tools - platforms and applications, cloud platforms. At the same time, the ICT sector contributes to the development of modern technologies, and is an existing or potential consumer of companies in this field, including the products of Armenian startups, as ICT itself feels the need for digital transformation. Qualitatively optimized in a new way, various devices, equipment and subsystems are integrated, allowing smarter management, higher predictability, lower costs and risks, creating more comfortable environment for business development and, ultimately, improving the quality of life. Along with all this, there are challenges in which competition is not a priority, the key to solving which is close and sincere cooperation between the ICT sector and the state,” said Viva-MTS General Manager Ralph Yirikian.

The event was organized by the Union of Employers of Information and Communication Technologies. The general sponsor of the summit was Unicomp, the supporters were the RA Ministry of High-Tech Industry, Synopsis Armenia and ACBA Bank.