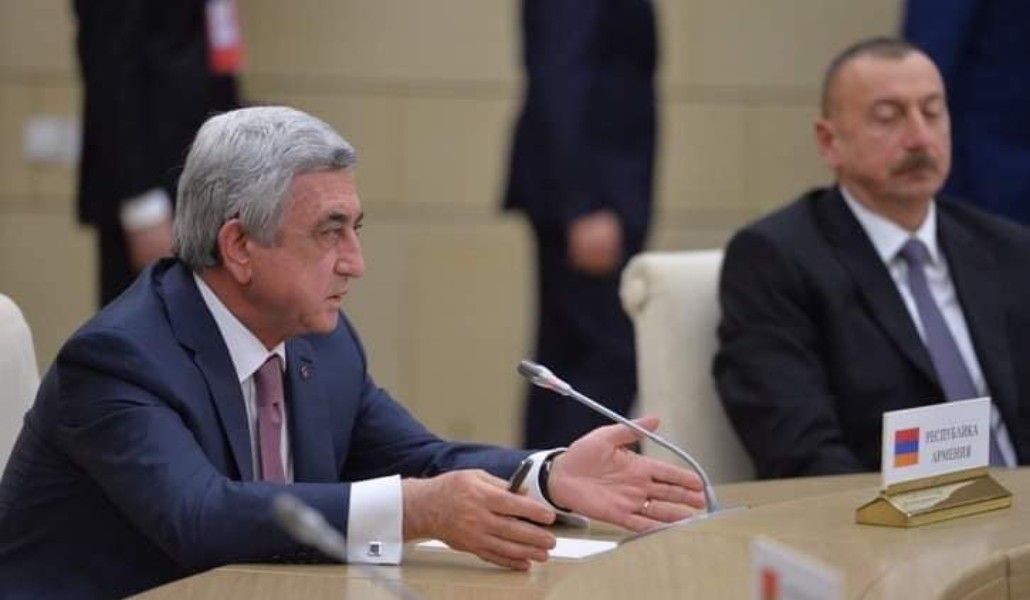 Ilham the falsifier should decide at last which of his lies is more correct: Office of the Third President of RA

Anoncement of the  office of  Serge Sargsyan, 3rd President of RA
After several attempts to falsify the history and culture of Armenia, privatize the historical cradle of the Armenian people, Artsakh and the Republic of Armenia with its capital, Ilham the falsifier decided to falsify the history of the negotiation process with his own cynicism. He decided to turn the failure of Azerbaijan in the April four-day war into a victory, to attribute his indirect request to end the war to the other side, to come up with texts of a dialogue as direct quotes, citing this falsification. And he found a way to replace the truth with his own lie, repeating the same thing over and over until the other person gets tired of denying it or just ignores a liar like him, leaving only his lie as the only proof of “reality.”
The truth is that Serzh Sargsyan had promised that the Armenian side would never give up the territories considered as a security zone should Ilham Aliyev not comply with the demands of the Armenian side to determine the status of Nagorno-Karabakh outside Azerbaijan, ensure a reliable land border / inland communication between Armenia and Artsakh, and provide a pledge for internationally guaranteed security for the Nagorno-Karabakh Republic.
The present-day boldness of Ilham Aliyev who regularly lost to Serzh Sargsyan in the war is understandable on the diplomatic front, but at the same time the sometimes contradictory statements of the President of Azerbaijan, who has lost his temper, are ridiculous. According to Aliyev, Serzh Sargsyan first refused to return the lands: Karvachar and Lachin were not to be surrendered in any case under Serzh Sargsyan; they finally captured them heroically in 2020 (bit.ly/2Rl3dhV); then that Serzh Sargsyan had promised to hand over the lands and did not hand them over, and in a third case, he was being urged to recognize the independence of Nagorno-Karabakh behind closed doors, but Azerbaijan would never agree to take that step (bit.ly/329iXa1).
Ilham the falsifier should decide at last which of his lies is more correct.