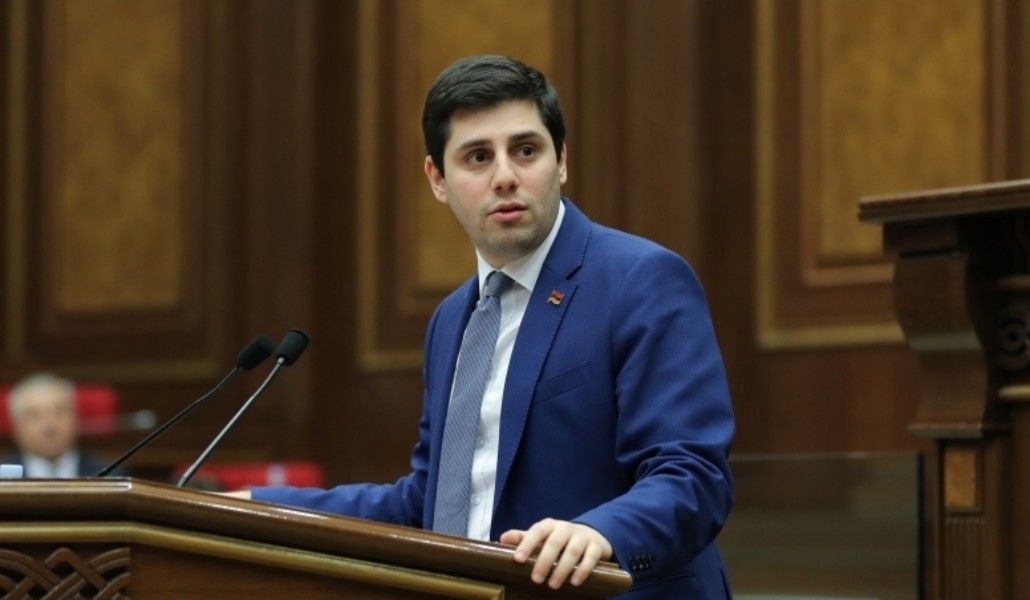 Protocol on Suspending the Powers of the NA Deputy Suren Grigoryan

“Taking as a basis the deputy’s resignation letter and being led by the requirement of Article 154.1.6 of the Constitutional Law the NA Rules of Procedure considered suspended the deputy’s powers of the deputy Suren Grigoryan elected by the national electoral list of My Step alliance of parties,” the protocol signed by the NA Speaker Ararat Mirzoyan reads.