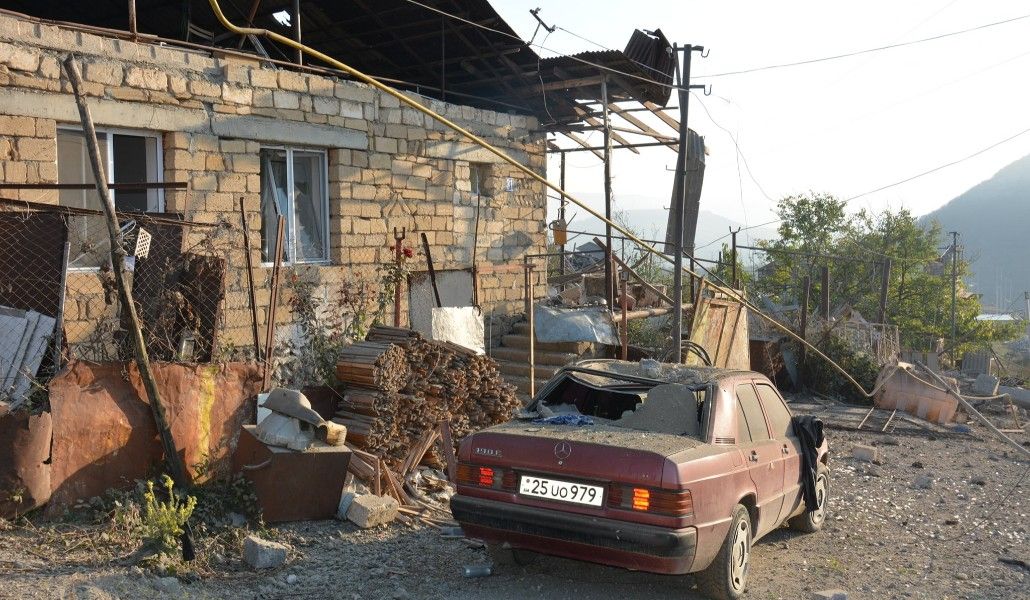 At 8am an air-raid siren was sounded in capital Stepanakert, and at 8:03am, the sound of another missile hit was heard. This was reported in a statement by the Artsakh (Nagorno-Karabakh) State Emergency Situations Service, which also published respective photos.

In one of the suburban streets of the capital, the Azerbaijani forces used a Smerch-type reactive [rocket] system. One residential house was destroyed, the adjacent building completely collapsed, and one car was damaged.

The owner of the house and the neighbor were injured and taken to a medical facility.