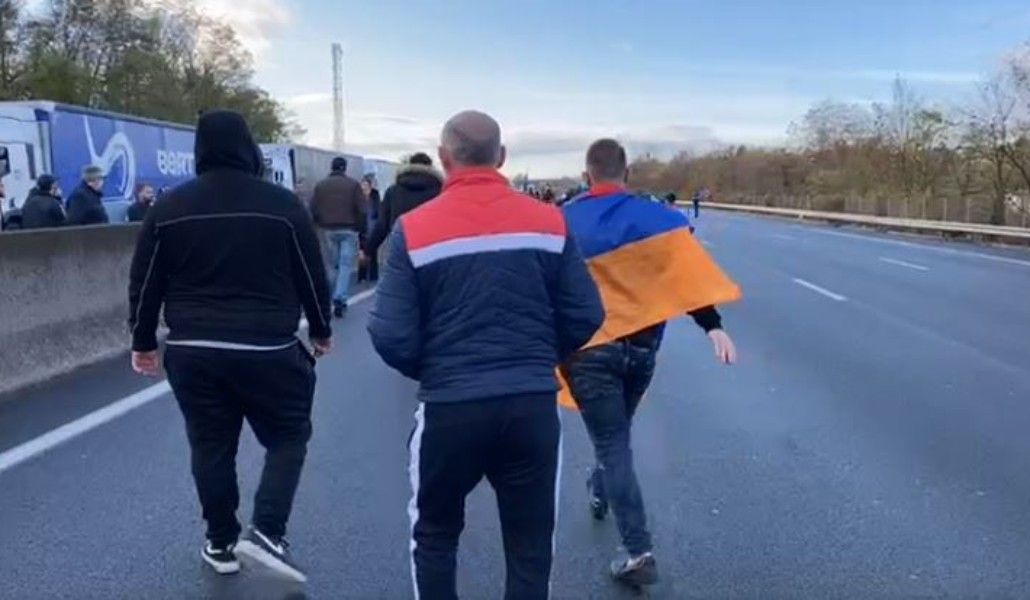 In France, the A7 highway leading to Valence was closed on both sides by Armenians, who are protesting in support of Artsakh.

However, during the action, the Turks approached Armenian demonstrators and attacked two of them with a hammer. In response, the Armenian protesters started to hit them as well.