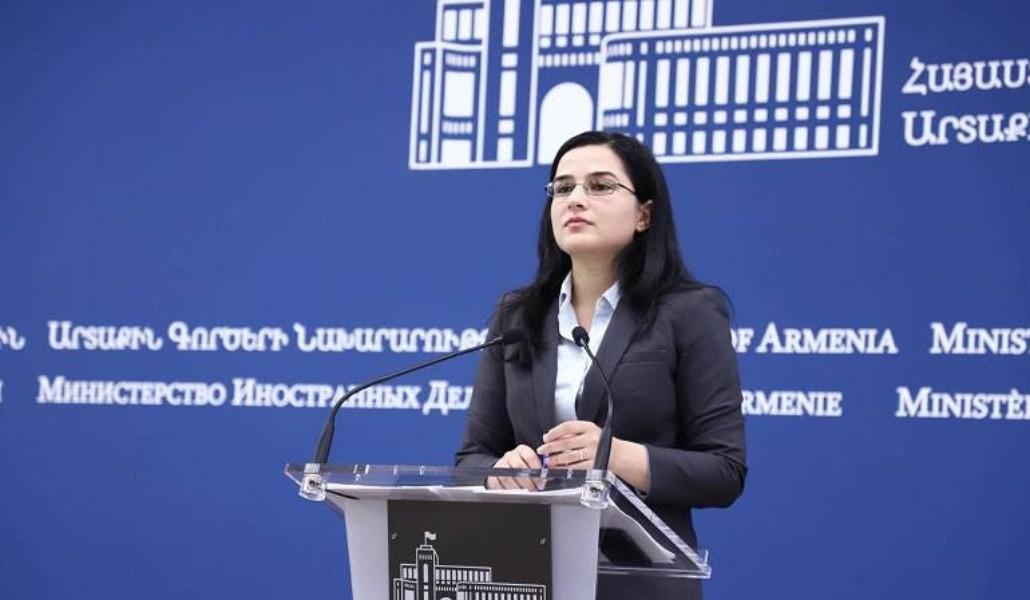 On July 27, as a result of deliberate ceasefire violation by Azerbaijan, serviceman Ashot Mikayelyan was fatally wounded by the Azerbaijani sniper fire. We express our deepest condolences and solidarity to the family and friends.

It should be stressed that Azerbaijan resorted to this provocation few days after the statement issued by the OSCE Minsk Group Co-Chairs, which particularly emphasized the importance of strictly adhering to the ceasefire and refraining from provocative actions in this period.

At the same time, Azerbaijan announced joint large-scale military exercises to be held with Turkey. All these demonstrate that the leadership of Azerbaijan, through its provocative actions, is undermining the efforts of the international mediators aimed at de-escalating the situation and resuming the peace process, thus bearing the responsibility for the consequences of further destabilization.

Prime Minister of Armenia Nikol Pashinyan clearly presented the position of the Republic of Armenia on the current situation at the session of the Government held on July 23. Azerbaijan should publicly renounce the use of force, abandon its maximalist approaches, and take credible steps to strengthen the ceasefire, which will make possible the resumption and advancement of the peace process.