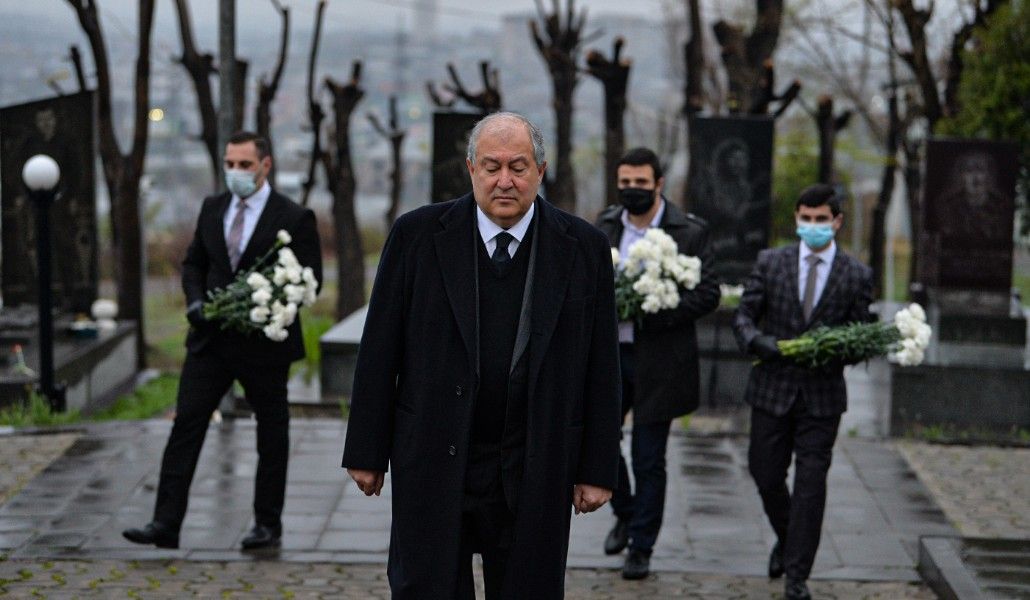 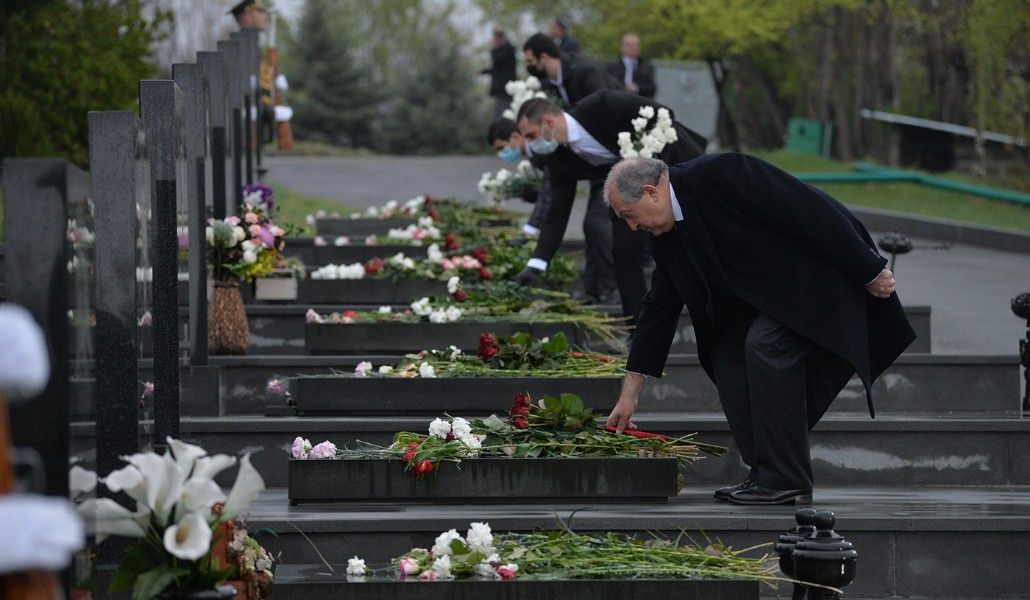 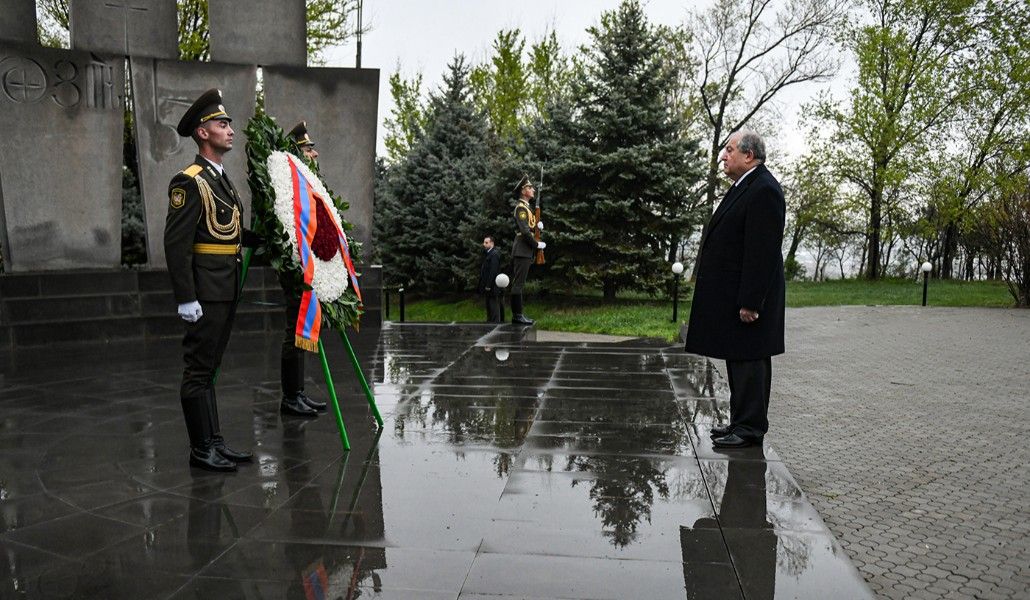 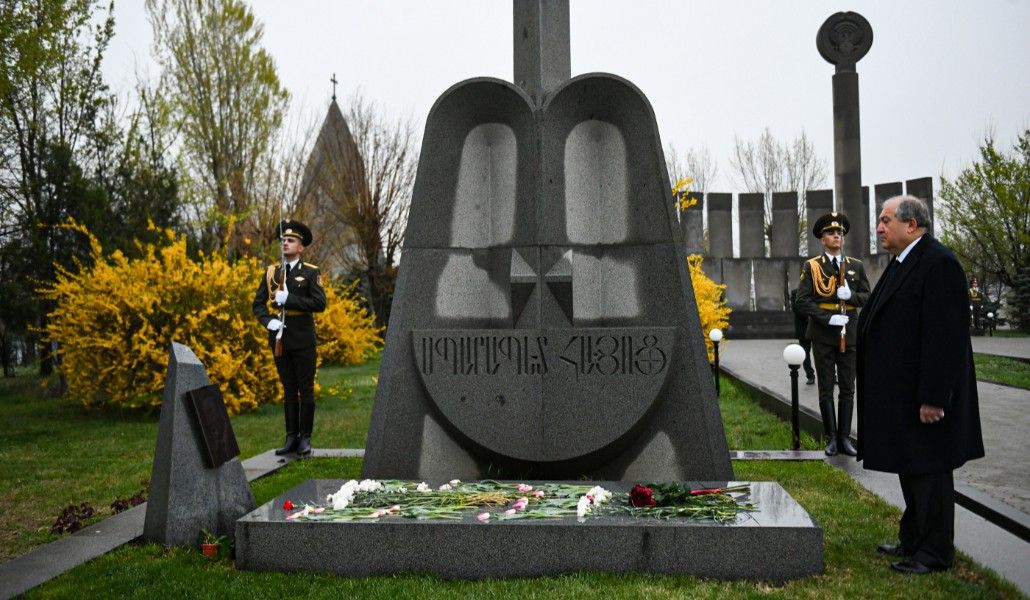 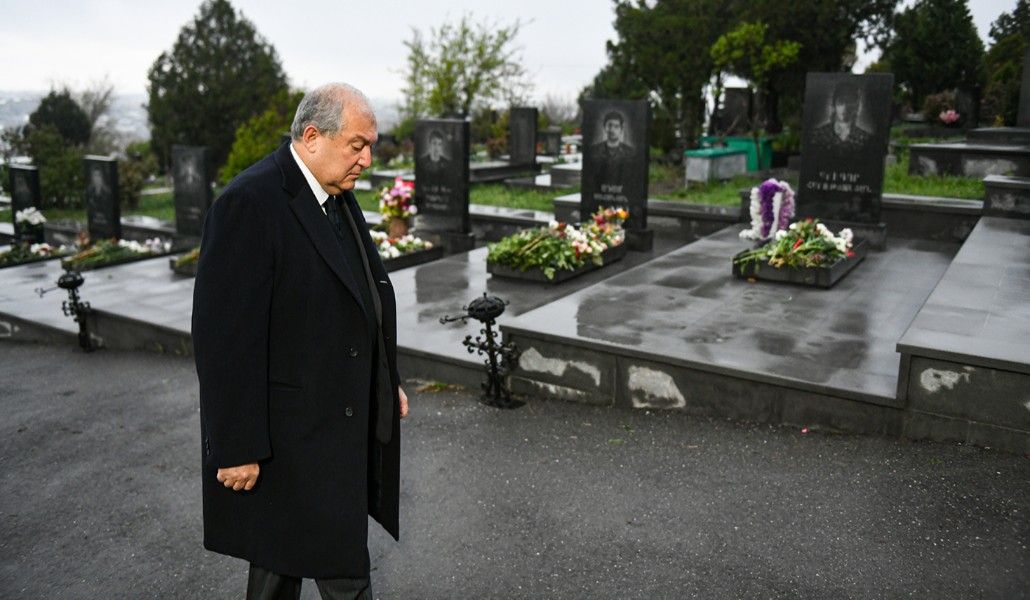 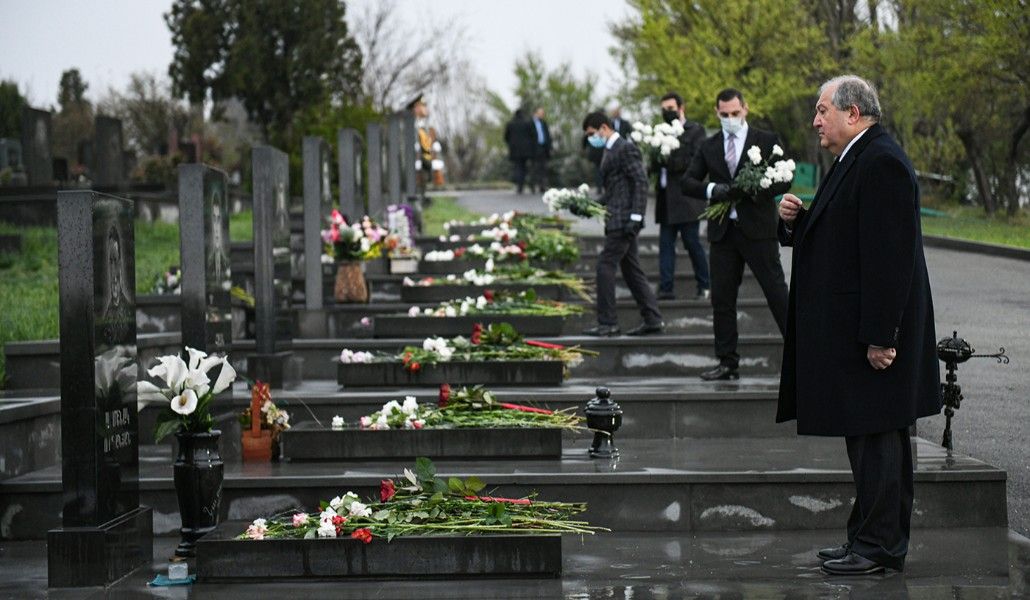 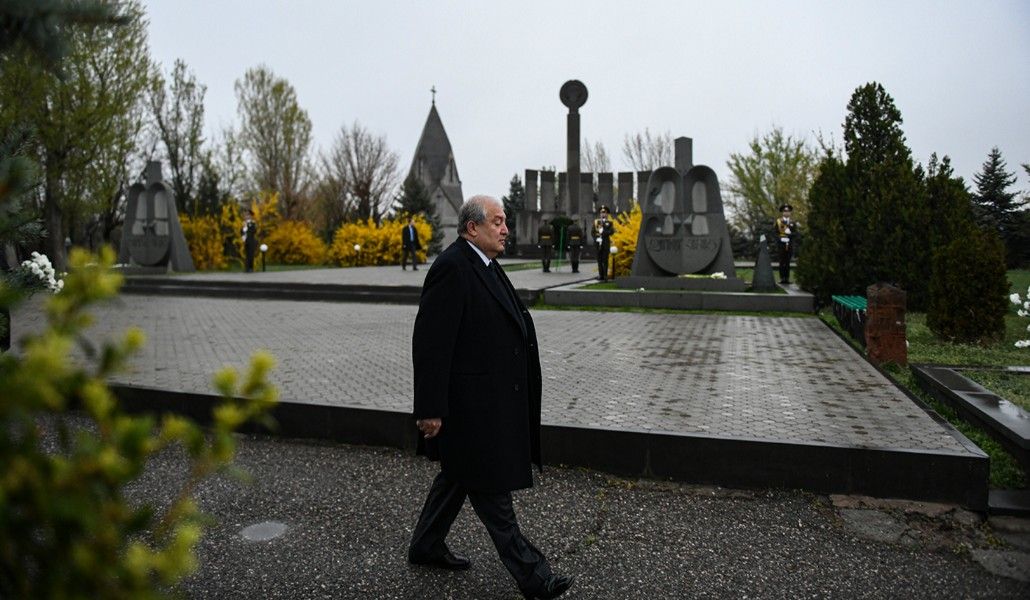 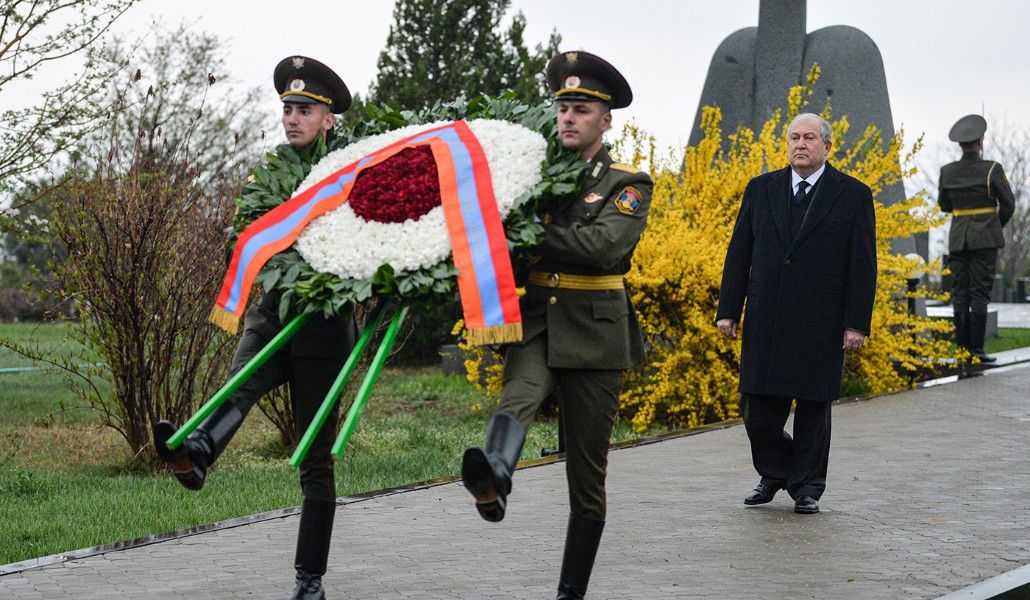 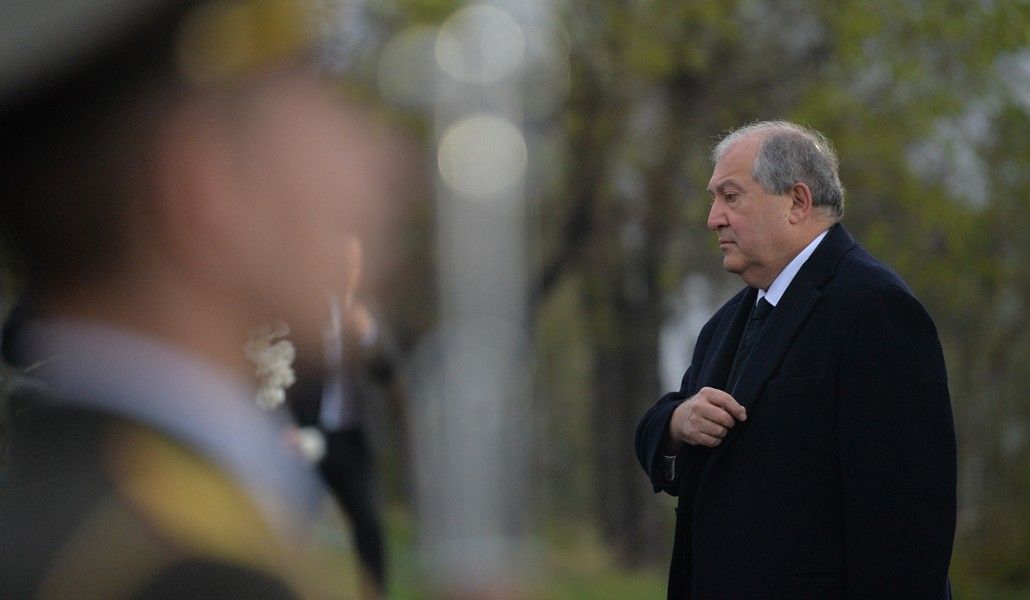 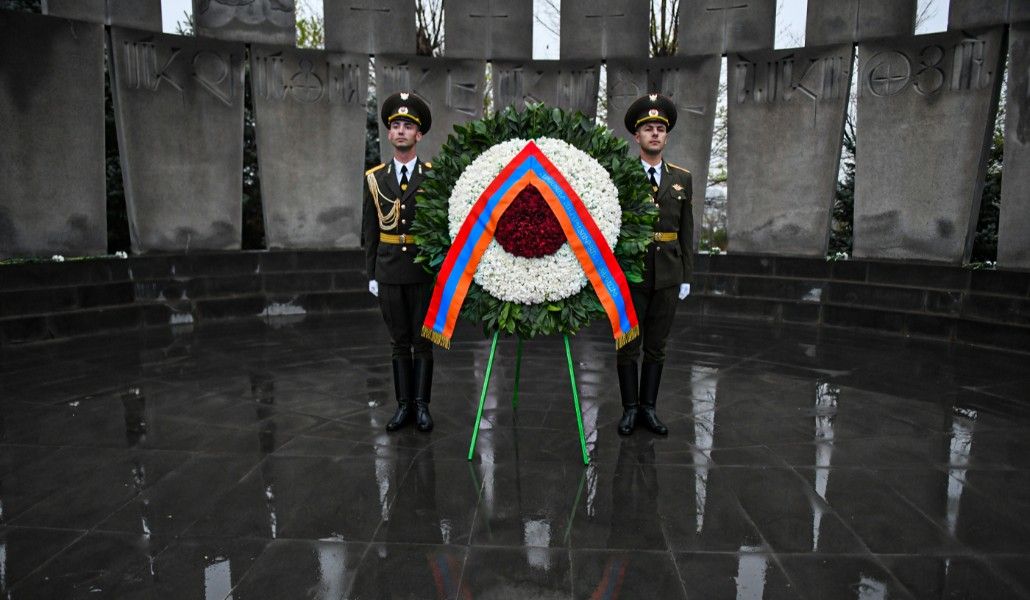 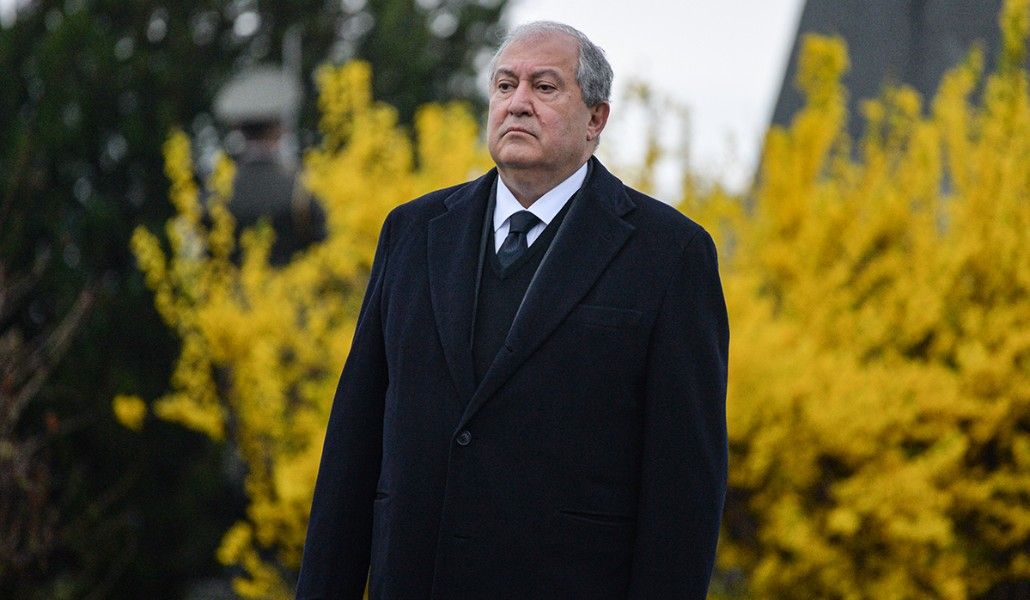 President of Armenia Armen Sarkissian visited today the Yerablur Military Pantheon to pay tribute to the memory of soldiers fallen during the 2016 April four-day war.

The President was accompanied by former soldiers of the Armenian Army – Gor Darmanyan and Liparit Melkonyan, currently working at the Presidential administration, as well as Arkadi Andreasyan, working at the ministry of emergency situations. During the military service these soldiers have been distinguished with their high level of combat preparedness and dedication and were wounded during the military operations. They started working within the frames of the Fatherland’s Defender initiative which aims at assisting disabled soldiers by providing them with jobs.

The President and the former soldiers laid flowers at the tombs of soldiers fallen during the 2016 April military operations.