FM Masis Mayilyan: International recognition of Artsakh is one of priorities of our foreign policy agenda 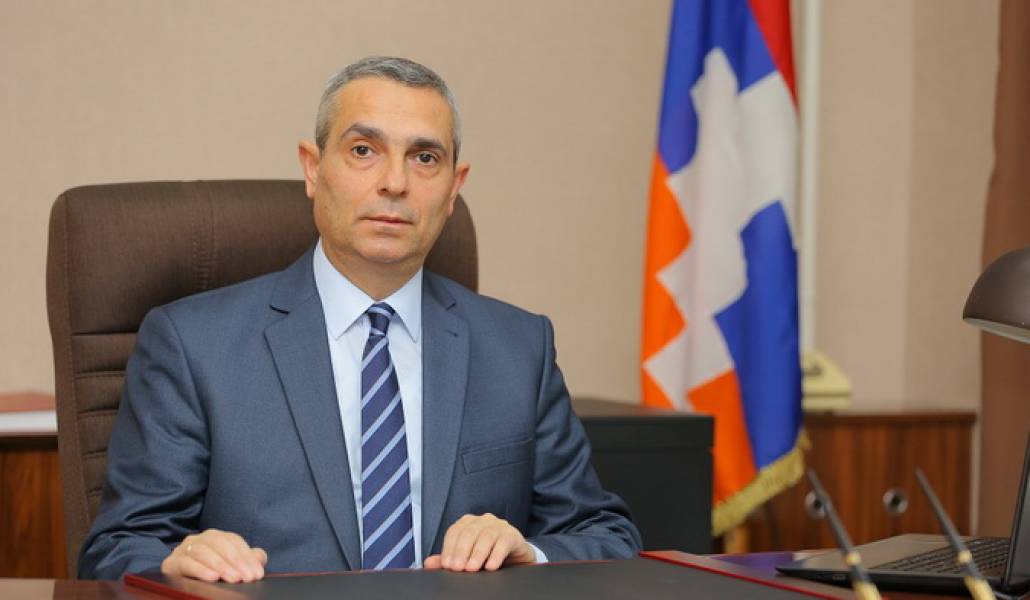 Foreign minister of the Republic of Artsakh Masis Mayilyan gave an interview to the Azat Artsakh (Free Artsakh) republican newspaper. The full text of the interview is as follows: - Mr. Mayilian, on the background of the latest developments around the Azerbaijan-Karabakh conflict, in particular, the scandalous statement by the outgoing U.S. Ambassador to Armenia, you have reconfirmed the position of the Republic of Artsakh in the Karabakh peace process, stating that the Madrid Principles are outdated and cannot serve as a basis for the negotiation process. You have also stressed the importance of working with the mediators so that they do not use outdated approaches to the settlement. Did you express this viewpoint to the mediators? - At the meeting with the OSCE Minsk Group Co-Chairs, we expressed our position on the need to restore the trilateral format of the negotiation process with the full-fledged participation of Artsakh and to revise some approaches to the negotiation process. An exchange of views took place, during which we stressed that our stance proceeds from the interests of promoting the settlement process, which would give a new impetus to the negotiations. As to the statement by the U.S. diplomat, Richard Mills, I should note that the Azerbaijan-Karabakh conflict is not territorial. And it is not accidental that, according to Mills himself, the Armenian society does not accept any prospect related to territorial concessions. Over the years, I have had the opportunity to brief various international experts and diplomats on why this conflict is not a territorial dispute. In particular, the issue is that in 1988, when the new stage of the conflict began, the territory around the former NKAO, even one of the NKAO districts, was under the control of Azerbaijanis. That is to say that despite the fact that these territories were controlled by Azerbaijanis, however, there did exist a conflict. Therefore, it is illogical to believe that a territorial concession from Artsakh can resolve the conflict. All this indicates that seeking for the possibilities to resolve the conflict based on territorial concessions has no prospect and does not reflect the essence of the conflict. As the President of the Republic of Artsakh has repeatedly stated, the basis for resolving the conflict should be the right of the people of Artsakh to a free and safe life in its homeland. - Official Stepanakert keeps presenting an unchanged position to the international community, i.e. restoration of the full-fledged negotiation format with Artsakh's participation in all the stages of the conflict settlement process. We would like to draw your attention to the statement voiced by John Bolton, the National Security Adviser to the U.S. President in Yerevan, according to which, following the December parliamentary elections in Armenia, Nikol Pashinyan will, most likely, have a strong mandate, which will allow to take decisive steps in some areas, including the Karabakh conflict settlement. How would you comment on the statement by the President's Adviser? - The positions of the Republic of Artsakh and the Republic of Armenia on the settlement are clear. For many years, the authorities of the Republic of Artsakh have consistently stressed the need to restore the trilateral format of the negotiations, with direct and full participation of the Republic of Artsakh in all the stages, which is crucial in facilitating a peaceful settlement and ensuring the effectiveness of the process. The settlement, in turn, must be based on the recognition of the fact that the people of Artsakh have exercised their right to self-determination. In this regard, I consider it necessary to confirm the willingness of the authorities of Artsakh to de jure assume their share responsibility for ensuring stability and peace in the region. Acting Prime Minister of the Republic of Armenia Nikol Pashinyan also stated the necessity to return Artsakh to the negotiation table, which is also enshrined in the Armenian Government program. As to John Bolton’s expectations for the Azerbaijan-Karabakh conflict settlement, they are not realistic, for various reasons. - The relations between the two Armenian states and our neighboring and friendly country, Iran, have always been balanced. In the context of the Western sanctions imposed on Iran, the positions of the South Caucasus Republics may be different in terms of the prospect of cooperation with that country. Is there a possibility of a change in Artsakh-Iran relations conditioned by the geopolitical situation? - We have repeatedly expressed our stance on the readiness to establish bilateral friendly relations with Iran. Taking into consideration that we have a 138-km-long border with Iran, we hope that the U.S.-Iran disputes will have a peaceful settlement and the developments around Iran will not have a negative impact on the Armenian states. - In one of your interviews, touching upon the situation after the April war and, in particular, the fact that Baku ignores the calls for an exclusively peaceful settlement of the conflict, you stressed the need for new international political and diplomatic measures to deter Azerbaijan, which will ensure the irreversibility of the peace process. How would you comment on this? - Currently, we ensure our security mainly by military means, which is part of the “hard power” elements. However, we are convinced that for increasing the security level it is also necessary to use the "soft power" elements, in particular, political and diplomatic means of deterring Azerbaijan, including steps towards the international recognition of the independence of Artsakh. The international recognition of Artsakh is one of the priorities of our foreign policy agenda that will ensure the irreversibility of the peace process and the regional security.