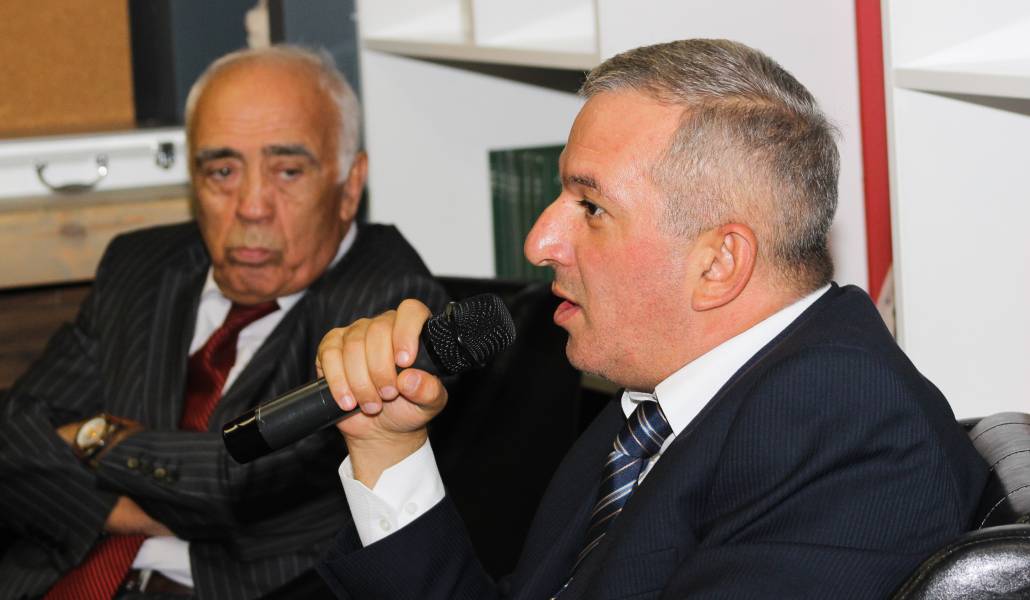 According to the studies held by the Ministry of Sports and Youth Affairs, today's youth focuses on quality education, employment and social-economic issues that are typical to other social groups. Today Deputy Minister Arsen Karamyan stated this at the meeting with the youth organized by the Union of Russian Armenians and the World Association of Youth Organizations of the World Armenian Congress. Arsen Karamyan spoke about the issue of labor market – higher education ratio raised by the youth. Is Armenian labor market able to provide at least 3% of graduates with jobs? The answer was negative. “Of course, it cannot. In the sphere of higher education we have a shameful situation. We have inherited this educational system and all its stereotypes from the Soviet Union, trying to adapt to some European processes. But we cannot succeed.” Arsen Karamyan said that everyone in Armenia suffered from the illusion of getting higher education. “The doors of universities are open to everyone, so everyone is welcome, because the young people are potential cashiers for universities. Universities are also burdened with social function; they have to pay salaries, so they declare that education should be affordable. No, education should be expensive and high-quality, as well as it should not be for everyone,” mentioned the Deputy Minister. He thought that compared to the international standards the education was too cheap in Armenia. “Do you think that cheap shoes can have good quality? Of course, they cannot.” After addressing various youth-related issues, the problem of having a youth law was raised during the discussion. In this regard Arsen Karamyan expressed a negative attitude. “That issue is actually a fake agenda, in time, it was raised by the Prosperous Armenia (Bargavach Hayastan) party, which was an oppositional party then and had a problem of intrigue. At that time, Tigran Sargsyan's government did not find it expedient to adopt the law. The Ministry of Sports and Youth Affairs was for that position. Any law is aimed at solving the problem, but no problem is solved by that law.” The Deputy Minister thought that all issues related to youth were regulated by a few documents, in particular, the concept and strategy of the state youth policy. The Deputy Minister of Sports and Youth also spoke about the issue of increasing the age of marriage, saying that if it was 24-25 before, then it had turned to 29-30. The Deputy Minister disagreed with the young people’s approach that social issues prevented marriages; many young people did not have the hope that they could keep the family. “People do not want to marry, to overwhelm their daily lives, the young people want to live a little easier, they understand that family is a responsibility, and that they have to solve many social problems.” Then he talked about his personal experience, noting that he got married when his salary was 18,000 drams, and he used to rent a flat. At the end of the meeting Vladimir Aghayan, Vice-President of the Union of Armenians of Russia and the World Armenian Congress, proposed to develop and present proposals on all raised issues to the ministry. The Deputy Minister agreed, informing that currently the Ministry was discussing the state youth policy in 2018-2022 strategic plan, and they were ready to fill the document suggestions of the youth.