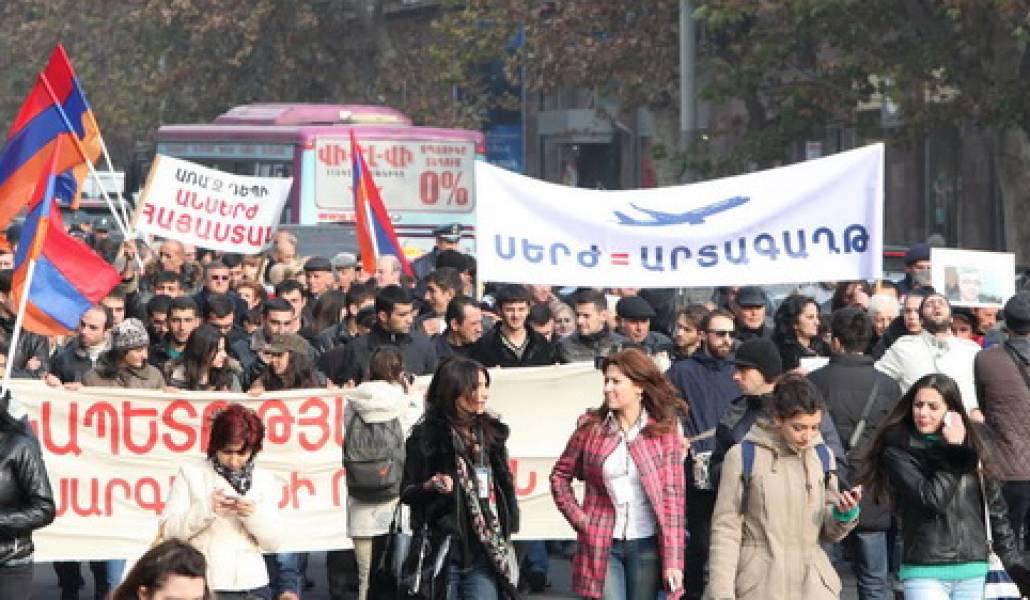 The participants of the rally organized by the opposition trio at Liberty Square are now holding a march to the PACE Office in Yerevan. Before the march, deputy chairman of the Armenian National Congress (HAK), Levon Zurabyan, read out the resolution of the rally which said that ‘human rights are systematically violated in Armenia.’ “This is inadmissible for us. In the near future we shall present a program of events and activities which will help us change the power through snap elections,” he said. When Zurabyan began enumerating the sectors where most cases of human rights violations have been registered, and gave the names of political prisoners, Mr Hovhannisian shouted from his place, “But ... what about October 27? Volodya Avetisyan, Vardan Petrosyan and many others? And when Levon Zurabyan asked the crowd whether they agreed with the resolution, Raffi Hovannisian did not say anything. Earlier he told reporters that ‘the resolution did not include many issues, but, on the whole, he agreed to it.’