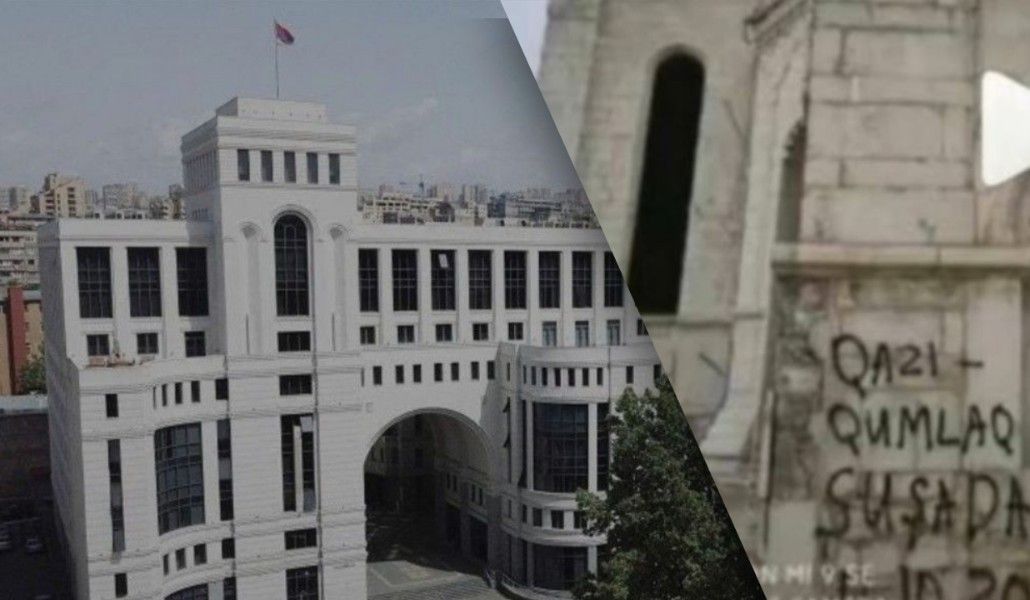 Just a few days after the ceasefire regime entered into force the entire world once again witnessed manifestations of intolerant and racist attitude of Azerbaijan towards the Armenian people and Armenian religious and historical-cultural heritage. Numerous videos and photos have been published in the Azerbaijani social media domain on the atrocities against the civilian population of Artsakh, acts of vandalism against the khachkars, religious sites and monuments, and their deliberate destruction.

In this regard, the desecration of the Holy Savior Ghazanchetsots Church in Shushi, which has become a target of the Azerbaijani barbarism, is especially outrageous.

The anti-Armenian atmosphere in Azerbaijan and the actions aimed at the complete annihilation of any trace of the Armenian presence in the territory of Artsakh are a blatant violation of international law, contradict the universal values ​and should be severely condemned.

While strongly condemning this barbarism against the civilizational heritage of humanity, Armenia in cooperation with the relevant international bodies, will continue to undertake practical steps to hold its perpetrators accountable and to fully prevent such acts.