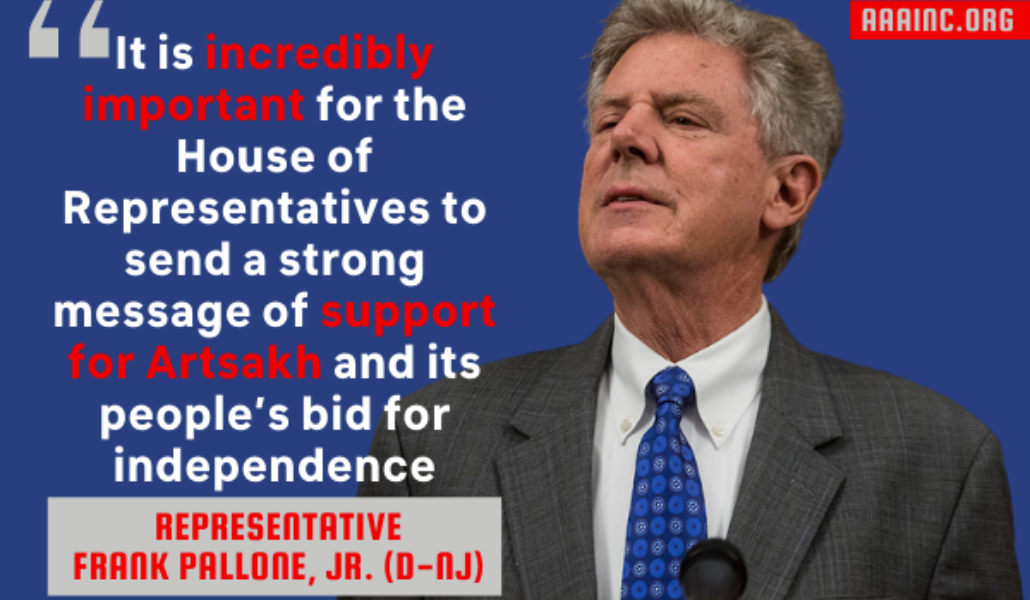 Congressman Frank Pallone, Jr. (NJ-06), joined by a bipartisan group of 30 Members of the House of Representatives, will introduce a resolution supporting the Republic of Artsakh, recognizing its right to self-determination, and condemning Azerbaijan and Turkey for aggression. The resolution focuses on the ongoing conflict raging in the South Caucuses after Azerbaijani and Turkish forces broke a long-standing ceasefire and invaded Artsakh on September 27. These ruthless attacks have led to the deaths of hundreds of soldiers and dozens of civilians in Artsakh and to the displacement of roughly half of its population.

This is a direct result of Azerbaijan’s confirmed use of hired mercenaries from Syria on the front lines, lethal drone strikes, and indiscriminate shelling – including the confirmed use of cluster munitions – against major population centers in an effort to force a quick surrender. Meanwhile, Azerbaijan and Turkey have declared on multiple occasions that they are unwilling to come back to the negotiating table under the auspices of the Organization for Security and Co-operation in Europe’s Minsk Group, which is co-chaired by the U.S., France, and Russia. “It is incredibly important for the House of Representatives to send a strong message of support for Artsakh and its people’s bid for independence, especially on the eve of important meetings between the Armenian and Azerbaijani foreign ministers and Secretary of State Pompeo,” said Pallone. “The international community has folded to Azerbaijani and Turkish pressure for too long, ignoring their constant bombastic rhetoric and their blatant military buildup over the years. As this bloody conflict continues, we believe now is the time to finally acknowledge Artsakh’s legitimate claims to independence on the world stage and grant formal recognition of their people’s right to self-determination. “This resolution reflects the ongoing situation in the South Caucuses and takes a significant step in demonstrating Congressional support for the people of Artsakh during this difficult time. The United States must remain committed to immediately halting the ongoing fighting in Artsakh. In the process, we must also take bold steps toward holding Azerbaijan and Turkey accountable for their aggressions and toward producing a permanent solution that resolves Artsakh’s status and security issues.

The resolution will be formally introduced on Friday, October 23. The full resolution can be found here.