Early this morning, a large-scale assault was launched by Azerbaijan against the entire line of contact with Nagorno Karabakh, targeting the local self-defence but also civilian settlements, including the capital, Stepanakert.

Despite accusations from Baku and Ankara that Armenia started this attack, there is no logic for Armenia to provoke any military action. The leadership of Azerbaijan, however, has repeatedly stated that it has become tired and frustrated with a negotiated peace, which has included questioning the functioning of the peace talks coordinated by the OSCE Minsk Group co-chairs. These statements have been matched by an increasingly incendiary rhetoric.

Such divergent approaches from the two sides were apparent in the respective addresses offered at the UN General Assembly earlier this week. Prime Minister Pashinyan made an appeal for peace and once again highlighted Armenia’s commitment to the exclusively peaceful settlement of the Nagorno Karabakh conflict, in line with the 2009 Basic Principles proposed by the OSCE negotiators.

In contrast, President Aliyev offered an extended and emotional intervention that sought to misrepresent the entire past thirty years of the conflict and negotiations, which with hind-sight can be read as a diplomatic warning-shot ahead of the attacks launched today. Repeatedly, the official stance in Baku is that they do not want to tolerate “a second Armenian state on its ancient soils”, which even questions the Armenian Republic’s right to exist.

European Friends of Armenia strongly condemn the attacks launched by Azerbaijan and the intention to change the status quo by means of war. We call on the international community to recognise the severity of this latest development and to refrain from the customary calls upon both sides, with its basis in false equivalence. The cease-fire regime must now be credibly strengthened, as has been promised internationally since the 2016 Four Day War.

Nagorno Karabakh is an Armenian populated enclave, de jure under Azerbaijani jurisdiction following Stalin’s intervention to reverse the Supreme Soviet’s confirmation of Nagorno-Karabakh as part of Soviet Armenia. De facto, it became an independent republic after the local population defended itself against ethnic cleansing in the war of 1990 – 1994. 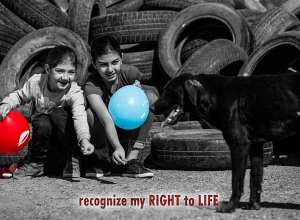 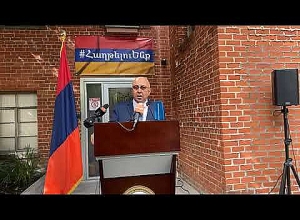 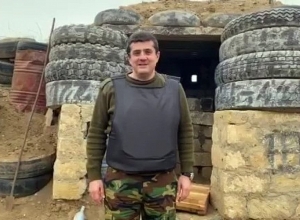