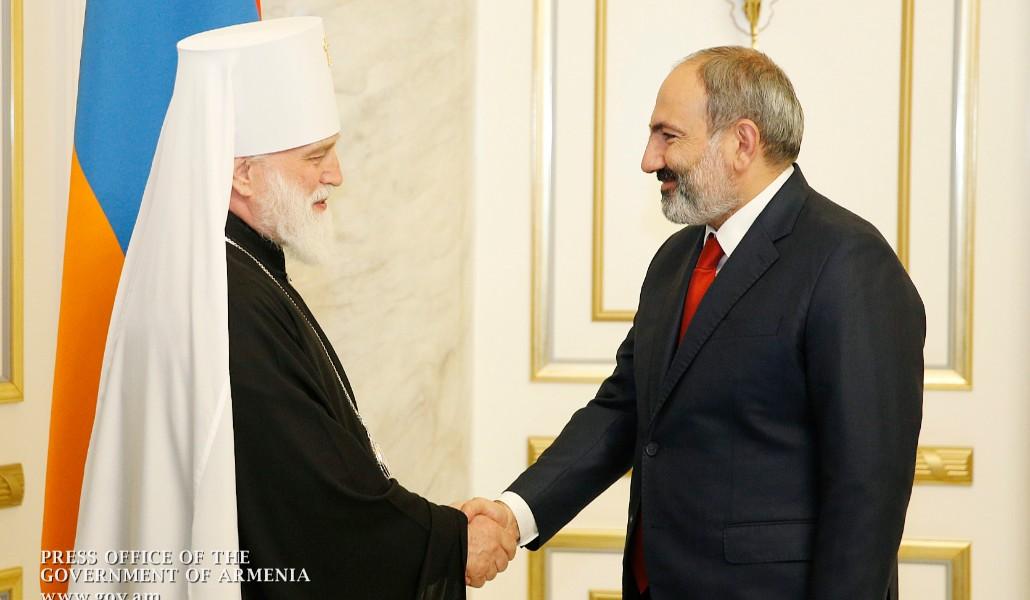 Prime Minister of Armenia Nikol Pashinyan received the delegation led by His Eminence Metropolitan of Minsk and Zaslav, the Patriarchal Exarch of All Belarus Pavel on June 10, who is in Armenia at the invitation of Catholicos of All Armenians Karekin II.

Saluting the visit of the Patriarchal Exarch of All Belarus to Armenia, Pashinyan noted that it is a good opportunity for discussing issues related to future strengthening of friendly relations between the Churches and peoples. According to the PM, there are centuries-old historical and cultural links between Armenia and Belarus, where the Churches have a great contribution to their preservation.

His Holiness Pavel thanked for the warm reception and noted that the Armenian and Belarusian people have warm and sincere feeling towards each other. According to him, their task is to maintain and develop those relations, including by strengthening and disseminating spiritual values.

Issues related to the preservation of Christian values and traditions, as well as bilateral historical0cultural relations were touched upon during the meeting.