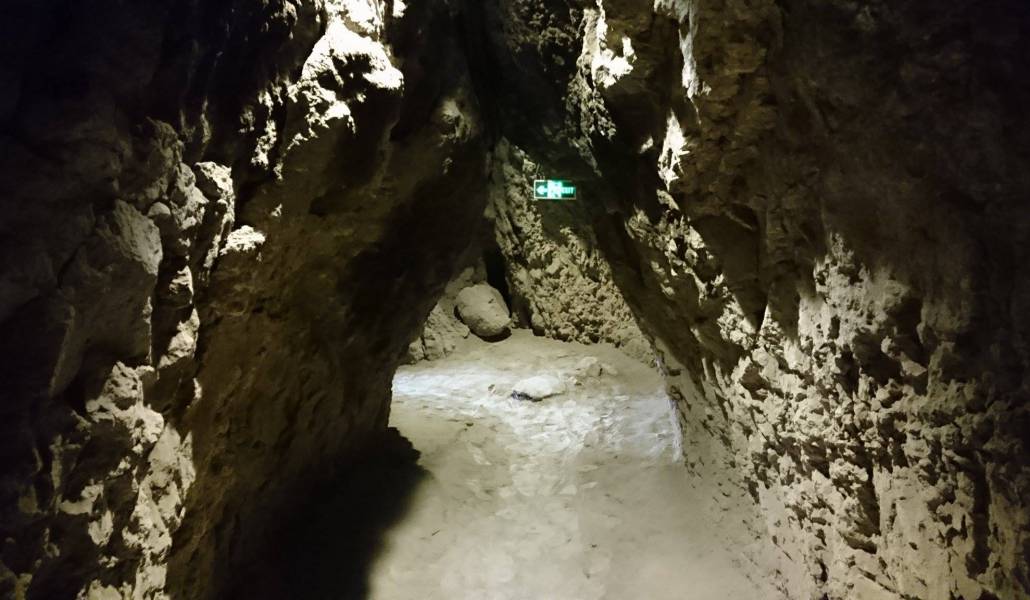 In the hills, just down the road from the Noravank Monastery, is a cave known as Areni-1.  At first glance, it would be easy to miss.  But as archeologists worked in the cave they found some important items, such as the earliest-known human shoe and the earliest winery.  This speaks to our shared human heritage, cutting across borders and tying us all together as one people. As word of the discoveries spread, more and more tourists flocked to the site, endangering any unfound objects and interfering with ongoing archeology.  That is where the U.S. government stepped in, funding a preservation effort with a grant from the U.S. Ambassadors Fund for Cultural Preservation (AFCP).  The $52,870 grant, awarded in 2013, helped fund the installation of a protective fence around the site, installation of lighting and pathways to allow for visitors without disturbing the site, and conservation of the site to protect it from deterioration. “We as humans share a common story.  Armenians, Americans, no matter where you are from, it is ancient cultural sites, like the Areni cave, that help us understand our interwoven history.  That is why the U.S. government’s Ambassadors Fund for Cultural Preservation supports efforts like the preservation work here in Areni,” said U.S. Ambassador to Armenia Richard Mills, Jr., during a ceremony marking completion of the renovation project on September 19, 2017. Ambassador Mills was joined at the Areni Cave by Minister of Culture Armen Amiryan and the Embassy’s Armenian partners who worked on the preservation, including Boris Gasparyan and experts from the Institute of Archaeology and Ethnography, led by Director Pavel Avetisyan. During the ceremony, Ambassador Mills pointed out that the preservation not only helps protect the Areni cave and its historical finds, but can help support tourism in Armenia by encouraging sustainable, non-impact visits by tourists to the cave. “We are not only protecting the finds that will be made here tomorrow,” he said.  “We are also building Armenia’s future, allowing sustainable and protective tourist visits to the site, and helping to stimulate Armenia’s economy by strengthening options available for tourists.  With the paths and lighting installed now, thanks to the Ambassadors Fund for Cultural Preservation, visitors can see the home of these unique artifacts without trampling on tomorrow’s discoveries.” Since 2005, ten sites in Armenia have been funded through the AFCP, totaling $934,000.  These include grants to create a climate controlled storage space for the Armenian National Film and Photo Archive, preservation of khachkars at the Noratus Medieval Cemetery, the reinforcement of a medieval bridge in the Garni Gorge, and the moving and renovation of two murals in Gyumri, one by Rafayel Atoyan and another by Hakob Hakobyan.  A major restoration of the St. Hovhannes Church in Meghri, with its amazing medieval frescos, is on-going thanks to the AFCP. “The fact that so many projects in Armenia are funded by the highly competitive U.S. Ambassadors Fund for Cultural Preservation speaks to two facts, I believe.  Frist, it shows Armenia has a valued place in our shared human history. And second, it speaks well to the close partnership and support we find here with our Armenian partners,” Ambassador Mills said. While in Areni, Ambassador Mills announced the latest project to be funded by the AFCP, a $143,000 grant to continue restoration and preservation work at the Dashtadem fortress.  Building on a grant awarded in 2013, the latest funding will allow us to support archaeological excavations and restoration of the inner surrounding wall of the fortress.